This summer I started to use a new face product.  Now, I’m madly in love with the Revive Glow Elixir.   In the past, I’ve used skin oils and skin elixirs for my face, like Becca’s Skin Love Elixir,  By Terry’s Flash Light Elixir, and the Farsali Rose Gold Elixir Anti-aging Skin Oil.  However, a plastic surgeon didn’t create any of these oils.  Except, that is, the Revive Glow Elixir!  What I love most about the Glow Elixir Hydrating Radiance Oil is it’s a hybrid product.  First, the Revive Glow Elixir, an advanced skincare treatment, doesn’t stop there!  Also, the Glow Elixir is makeup, that illuminates your face, giving your skin a lit-from-within glow.  As a result, this hybrid elixir is the perfect summer time product!  For example, while the elixir is softening, and nourishing your skin, it is also giving you lit from within perfection! 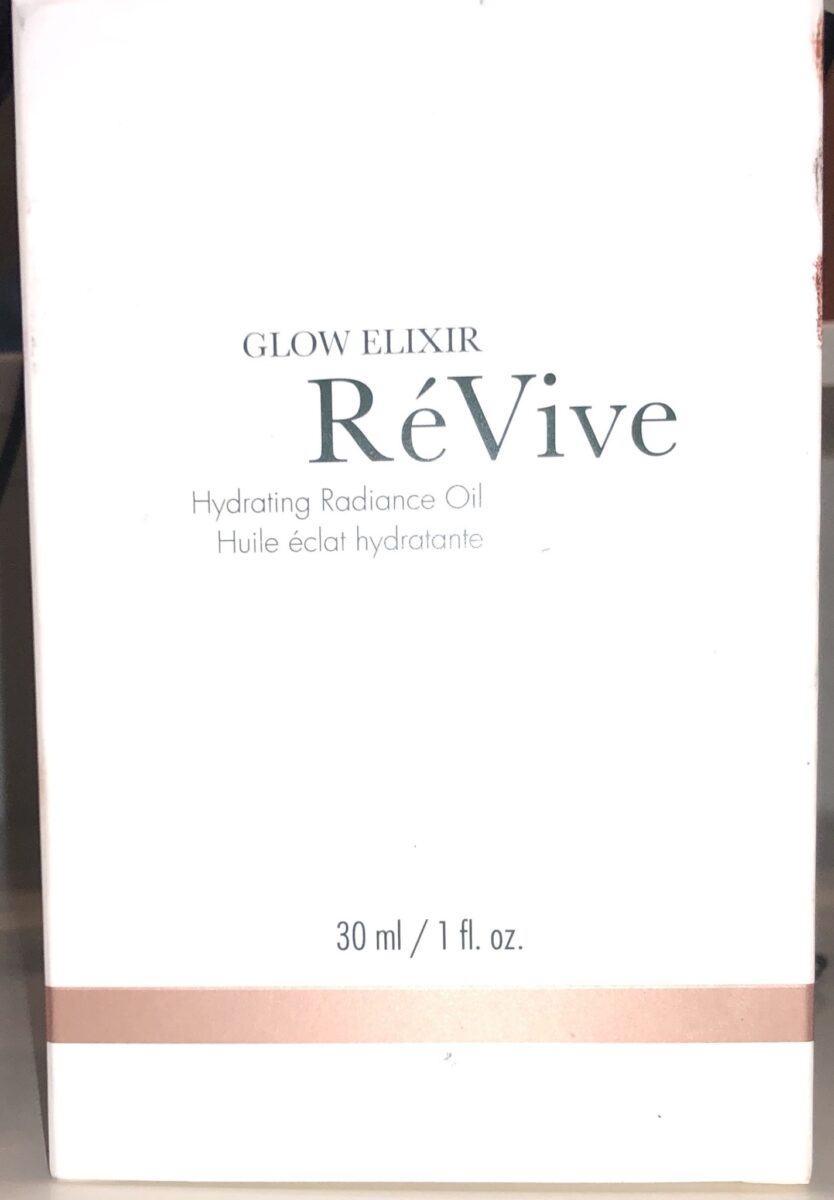 You can find the Revive Glow Elixir at Bergdorf Goodman, Neiman Marcus, Saks Fifth Avenue, Bloomingdales, and on the Revive Skincare Website.  One ounce of product costs $125.

The Packaging For My Skin Hero Revive Glow Elixir 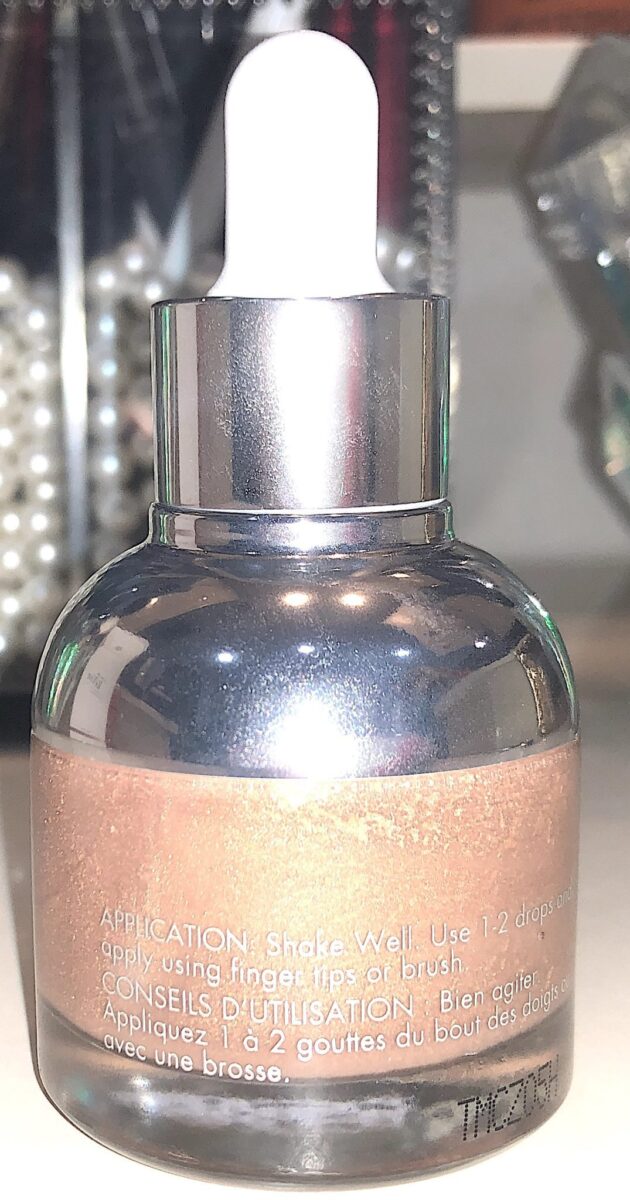 To begin with, the Revive Glow Elixir comes in a beautiful glass bottle.  Also, the glass bottle has a lot of silver embellishment.  Even more, the writing is also silver. 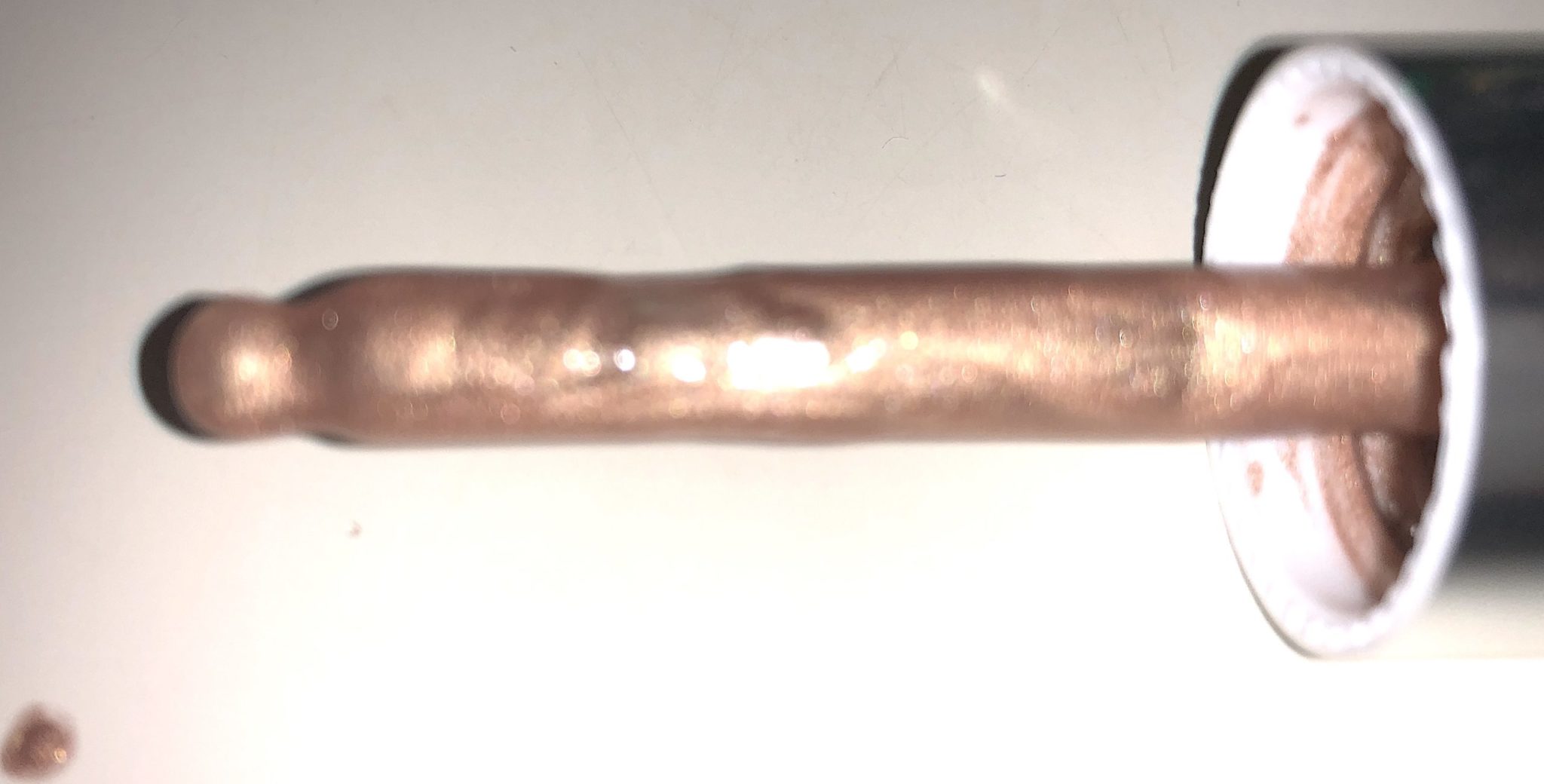 In addition, the Elixir has a dropper applicator, which also serves as the top of the bottle. 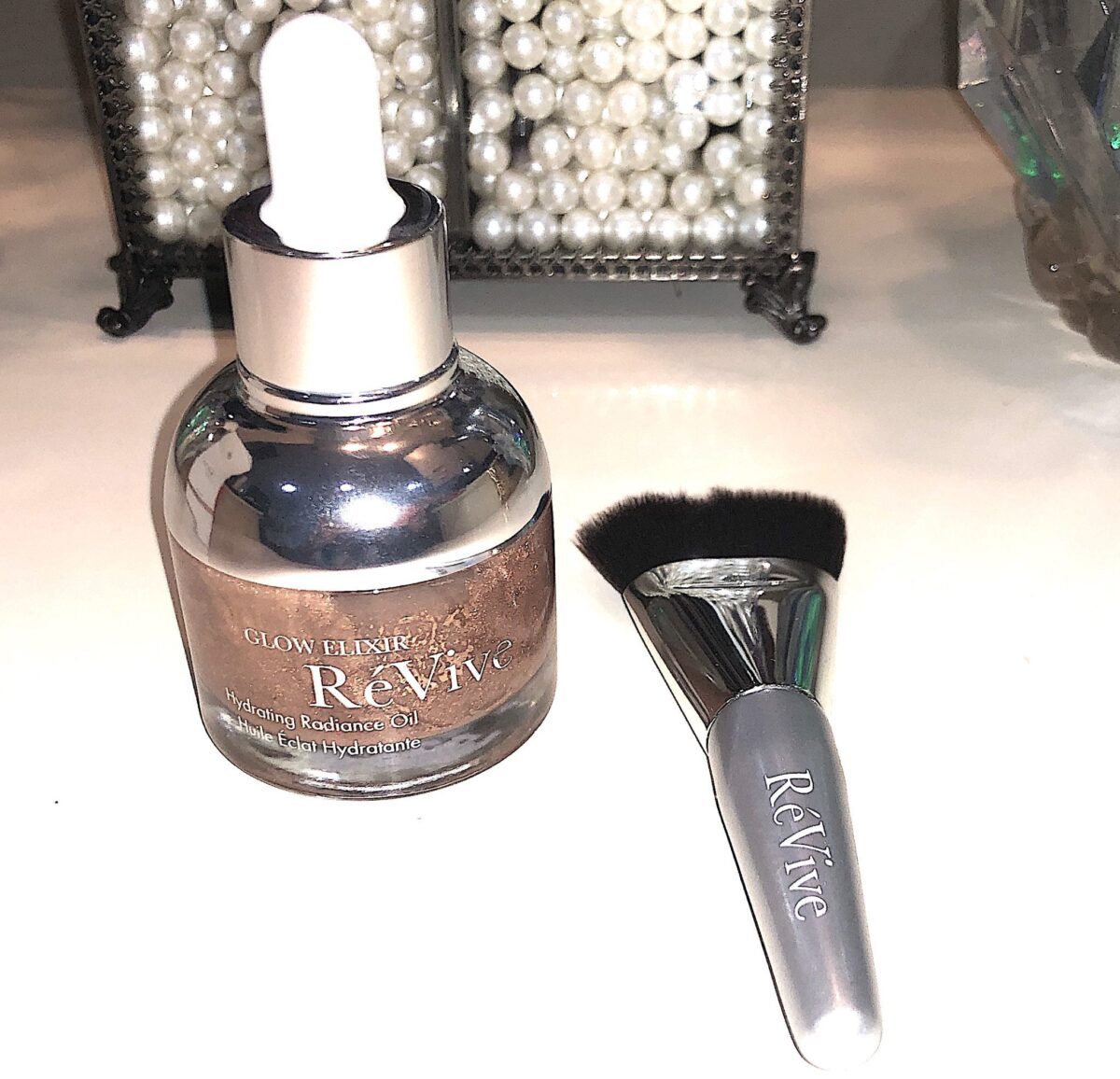 Best of all, Revive includes an applicator brush.  The bristles are soft and compact. The brush easily picks up and disperses the oil on your face.

The Formula For The Revive Glow Elixir 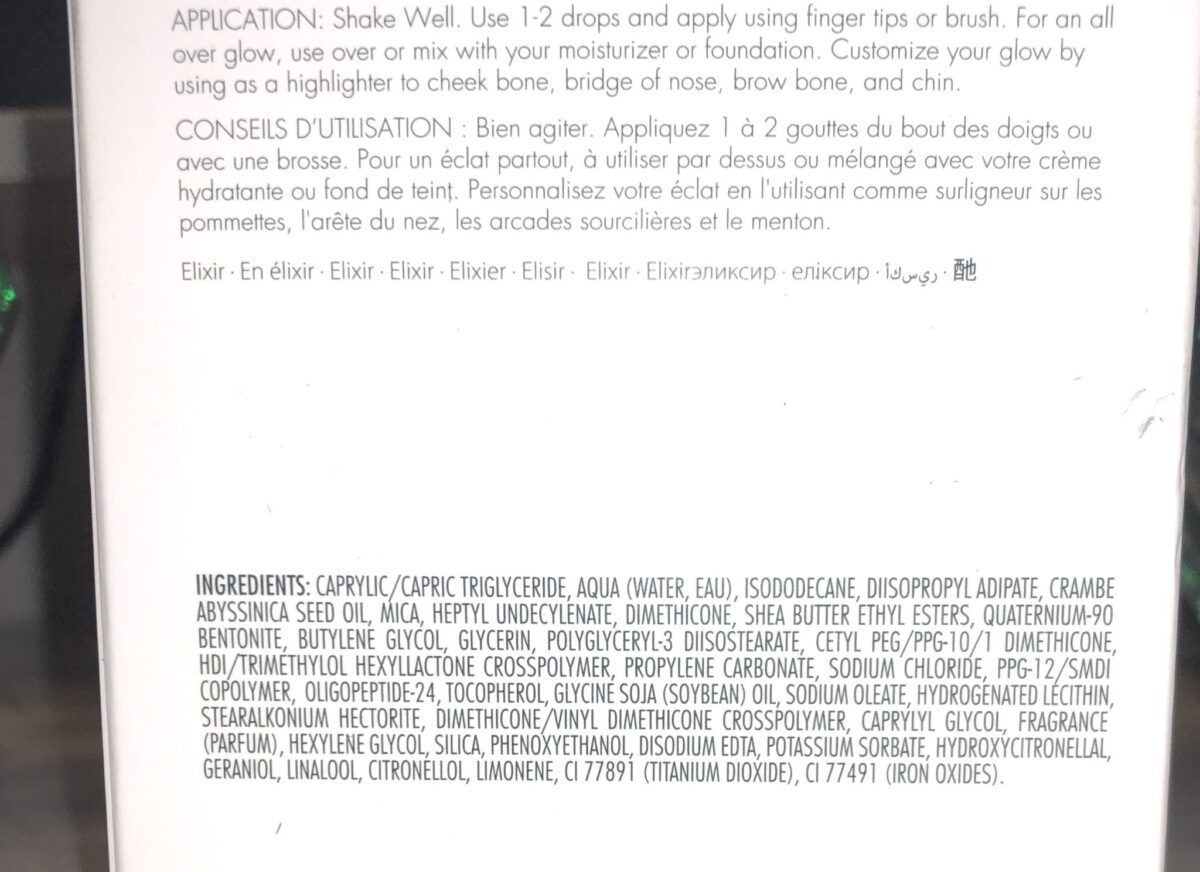 Above all, it is the formula that makes the Glow Elixir a hero product.  To start with, the formula includes shea butter, vitamin E, sunflower oil, and crambe abyssinica seed oil.  Furthermore, all of these oils are rich in the essential fatty acids that your skin needs.  One reason your skin needs EFA’s is they help hydrate your skin.  Additionally, EFA’s strengthen the barrier of your skin.  Even more, EFA’s combat Bacteria on your skin.  Most of all, they help keep your skin smooth and soft. 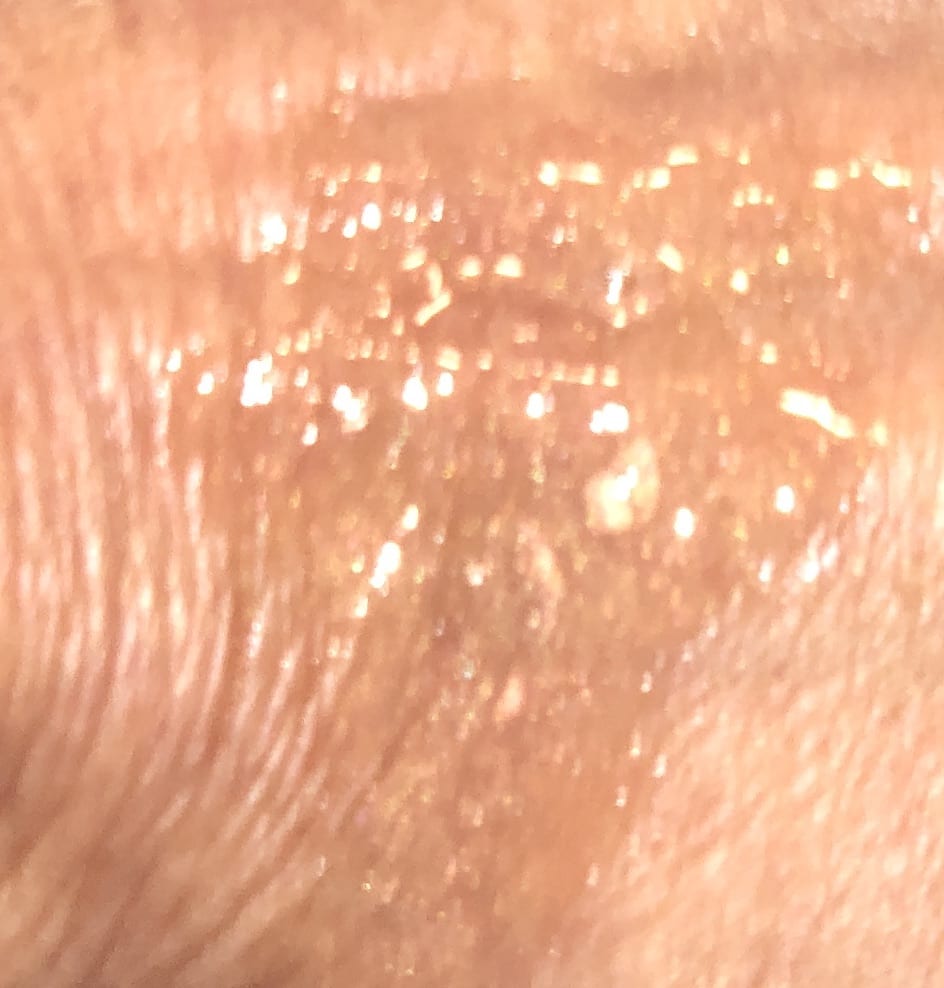 The formula includes Revive’s signature ingredient: Bio-Renewal Protein.  Mostly, Bio-Renewal mimics the skin’s own renewal process.  In addition, it works microscopically renewing the structure of the skin.  And it does this quickly.  As a result, it encourages the cells to act younger than they are. As a result, skin has better tone, elasticity, smoother lines and less brown spots. 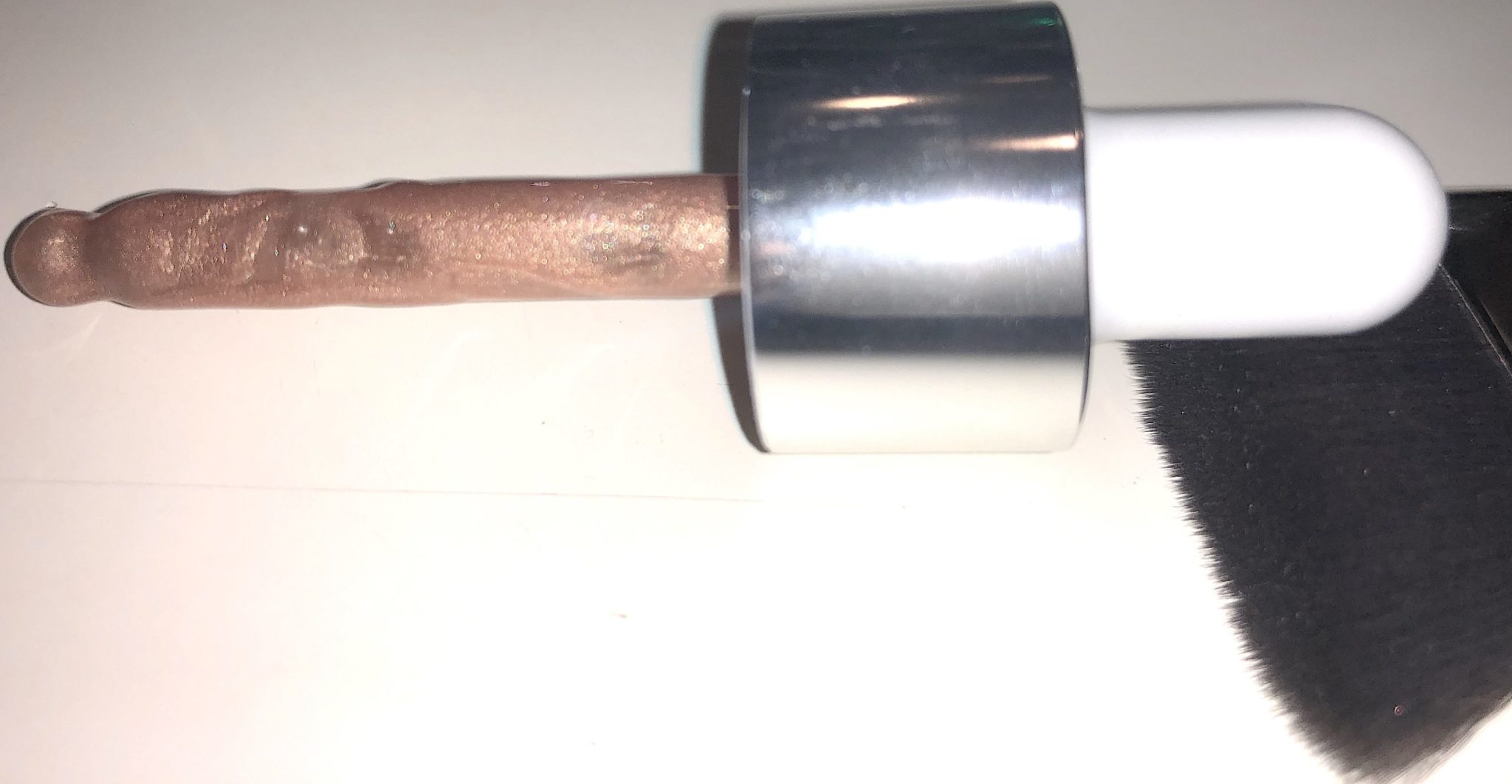 Finally, the Glow Elixir has a pearlescent finish.  Furthermore, it has an ultra-fine bronze shimmer.  In fact, it looks like the natural sun-kissed glow you would ordinarily get if you were kissed by the sun.

First, you can wear the elixir alone, as a highlighter.  In this way, use the applicator brush and brush a few drops on your cheek bones.  Also, brush the highlighter across the bridge of your nose.

Another way to wear the elixir is to add a few drops to your moisturizer or foundation.

Do this if you want the look of all-over radiance.

My Final Thoughts On The Revive Glow Elixir……. 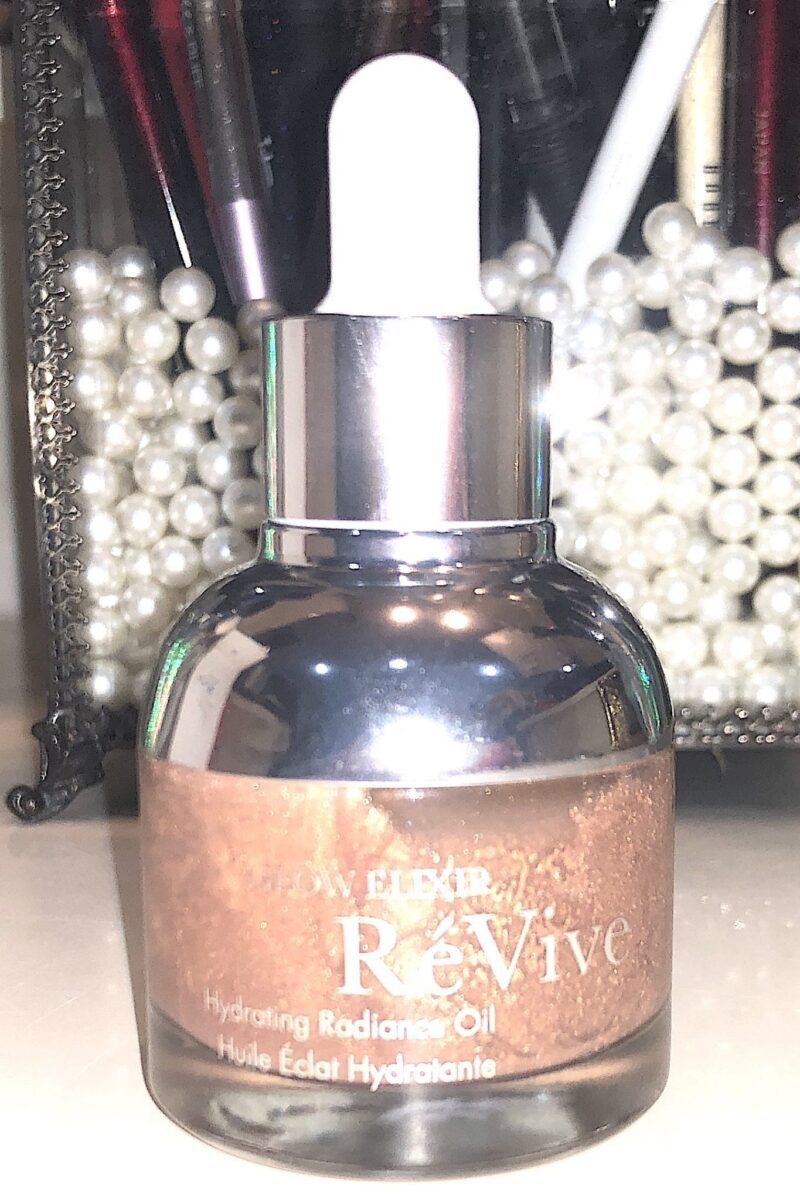 To start with, The Revive Glow Elixir is considered one of the newest, most innovative skin heros.  I agree with this news.  Although, it is really great to use in the summer.  The reason is, we usually don’t want to wear a lot of makeup in the summer. 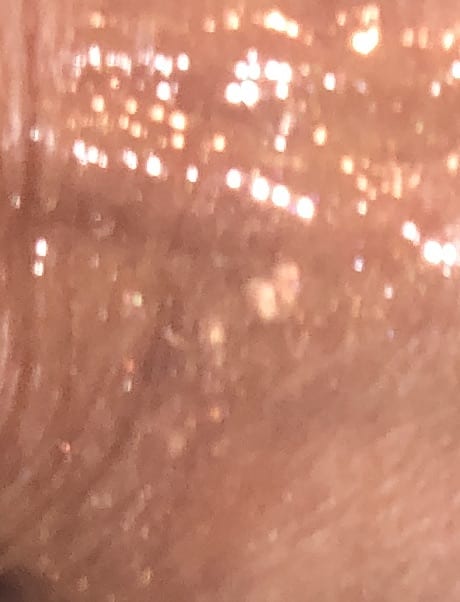 Furthermore, we all love the look of sun kissed skin.  Additionally, I love that the elixir is a hybrid.  In this way,  you get the best of both worlds.  First, you benefit from the advanced skincare ingredients.  Next, you also get the gift of a sun kissed glow.

Let me know what you think in the comments below.