David Gilmour still has what it takes! He is truly a mega-rock- superstar.  And  the man can still  play the guitar. And  can he ever sing!  Would you believe he is seventy years old?  In David’s case, seventy years young is more like it.  I just returned from his amazing American finale concert at Madison Square Garden where he played for two nights, and before those two shows he gave a concert at Radio City Music Hall! He still has the stamina it takes to perform. Tonight he performed for almost three hours in front of over twenty thousand people.  He rocked the house.  After the show, he leaves the US  to begin his European tour where he will perform three shows at different venues per country – in cities such as Italy, Germany, and the UK.  Just thinking of his schedule makes me tired! 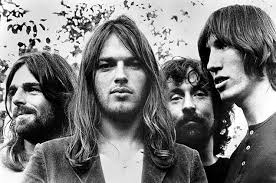 I have been a major Pink Floyd fan since I was about fourteen years old.  The Dark Side of the Moon album had recently been released and was constantly played on record players all over the world, and it played so much the vinyl was practically worn out.  They continued to produce amazing albums. I don’t think I have a favorite, I really love them all. I still play the Pink Floyd CD’s all the time. My poor children never had a chance with Barney records, they listened to Pink Floyd since they were born.  They really didn’t have a choice.  Just ask them, they’ll tell you! 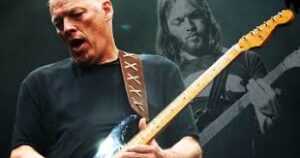 I am such a fan that when Pink Floyd had their final concert tour as a group in 1994, The Division Bell tour,  I saw them in Philly, then I ran to see them perform in New York, and again to the Meadowlands in North Jersey, and for their last thirteen performances in their home in the UK  I  flew to London to see them.  It was an incredible summer and fall for me!  I guess you could call me  a rock and roll concert groupie whenever Pink Floyd is concerned!  I wish they had stayed together, but I am happy to get to see them when they perform as individuals. Just watching David Gilmour, or for that matter Roger Waters, perform is like visiting with an old friend.  They both have produced new music, but they still sing the Pink Floyd hits that made them superstars!

Have you ever been to one of your favorite “group’s” concerts and looked at who was in the audience?  The audiences today are multi-generational.  I see everything from grandparents, to parents with their kids . If you had told me when I was sixteen that I would be taking my kids to rock concerts I would have thought you were out of your mind. 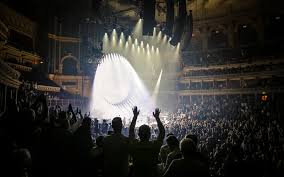 Gilmour loves to perform in Pompei Italy, and will be there this July (I want to go!)

I remember taking my kids to a U2 concert at the football stadium.. We were so lucky to have a relative who was in the concert promotion business, so we had first row seats.  Do you think my kids thought that was cool? No way.  One of them was in sixth grade at the time, went to school and told his teachers that we had taken him to the U2 concert, he got to go back stage, one of the band members gave him a coke, and then he was escorted to his front row seat.  He was so nonchalant about the whole experience.  The teachers were in awe of him, asked me if I would take them to a concert, with a backstage pass and a front row seat. 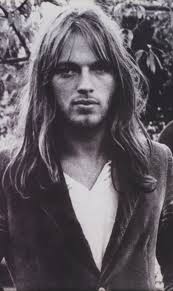 David Gilmour Back in the Pink Floyd Day

We took the kids to a Rolling Stones Concert and the guitarist bent down and gave my older son his guitar pick!   My husband and I almost had a heart attack! We took the guitar pick and put it in the bank vault the next day.  I think we just wanted to savor the experience , we wanted to lock it up so we could treasure that moment forever. 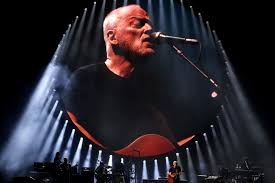 I am touched that we are so fortunate to have so many of our beloved rock-stars that continue to perform, create new albums, and continue to play our favorite oldies. We still feel the excitement and get that same feeling, such a thrill when we see them in concert today .  And sharing them with our  kids …  so they can experience what we’ve been experiencing since we were kids.  Now that is the biggest thrill of them all!

Tonight my husband and I experienced a complete role reversal that really made us feel kind of old.  Our youngest son drove us to Madison Square Garden from Philadelphia.  He dropped us off and told us exactly where he would meet us after the concert. He then went to visit his girlfriend who happens to live in New York City . After the encore we came out of MSG, which is how the kids refer to the Garden .  He was parked across the street from where we exited-just where he told us he would be- waiting for us. We jumped into the car and  he drove us home.  Talk About Role Reversal!  We got to be the “kids” tonight !  He was the parent.  Pretty Awesome don’t you think?

Unfortunately, my partner Sylvie was unable to go to the show.  I think it’s because she has four legs and a tail.  I know she would have loved it, so today I will play Pink Floyd CD’s for her all day!  She and I both invite you to subscribe to our blog.  You will then get our newest posts delivered right to your e-mail box!

Sookie
Previous Post JOSIE MARAN VIBRANCY ARGAN OIL FOUNDATION FLUID Next Post What Kind of Makeup Person Are YOU? Do You Have Makeup Phobia? Part 1