Inspirational Thoughts About Why We Shouldn’t Apologize 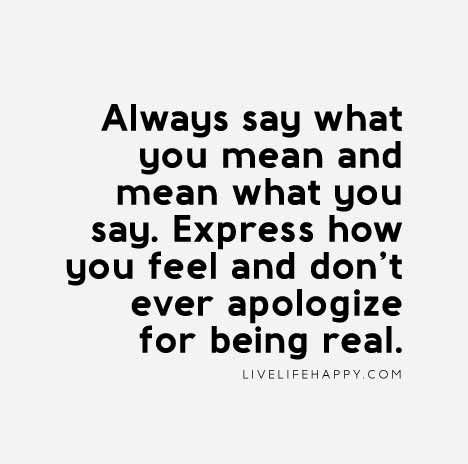 The Apology exalts a toll on the offender.  In other words, when we apologize to someone, we are handing a power over  to them.  Specifically, we are handing them the power so that they can be the one to grant forgiveness and  we appear  “like we are the bigger person.”  But if we deny them the apology, then we are made to feel like crap. 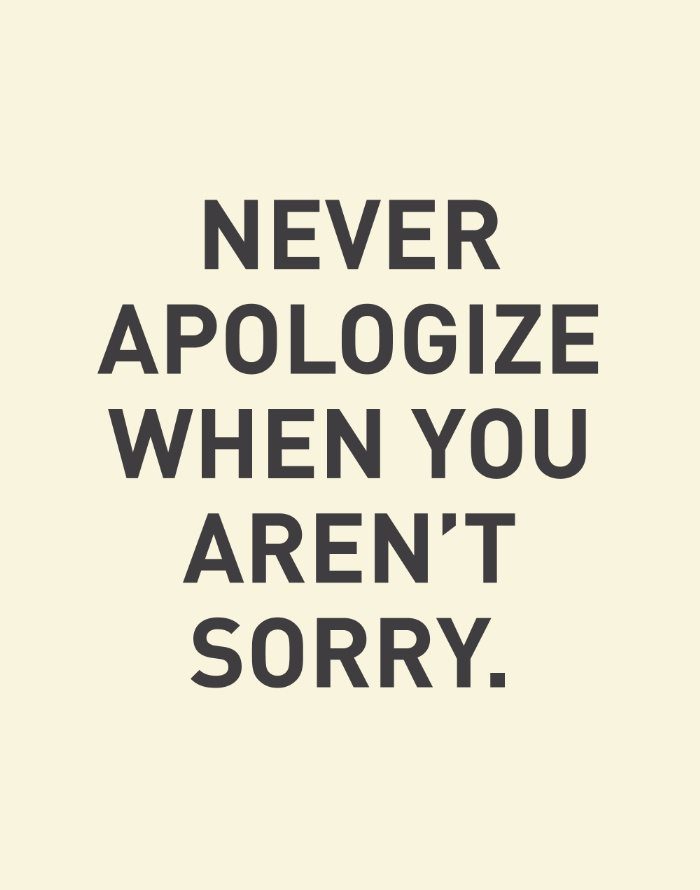 This does not mean we should not apologize when we do something wrong. But, apologies shouldn’t be over trivial matters, nor should they be granted often! 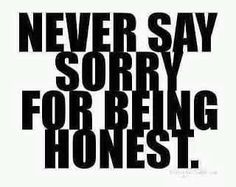 Especially when you meant what you said!  If you apologize for something you actually meant to say or do, you are silently telling the person ,”victim” that their approval of you is more important than your personal feelings. 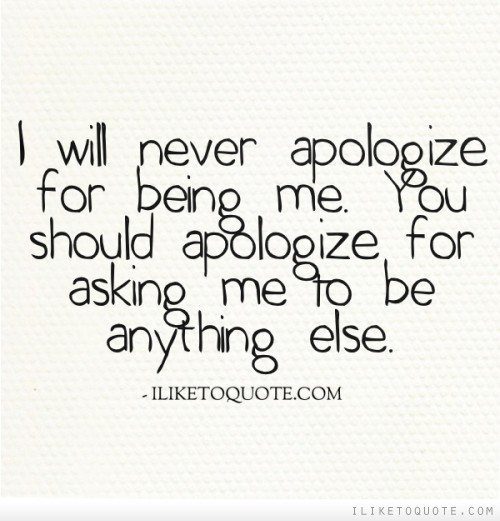 If you were to stand up for yourself, undoubtedly there will be CONSEQUENCES!  People may call you arrogant, selfish or any number of things.  They will hate you!  But, this isn’t hatred really,what it is really is they are jealous that you have the courage to speak your mind and stand up for what you believe in. (People often hate whom they want to be like!) 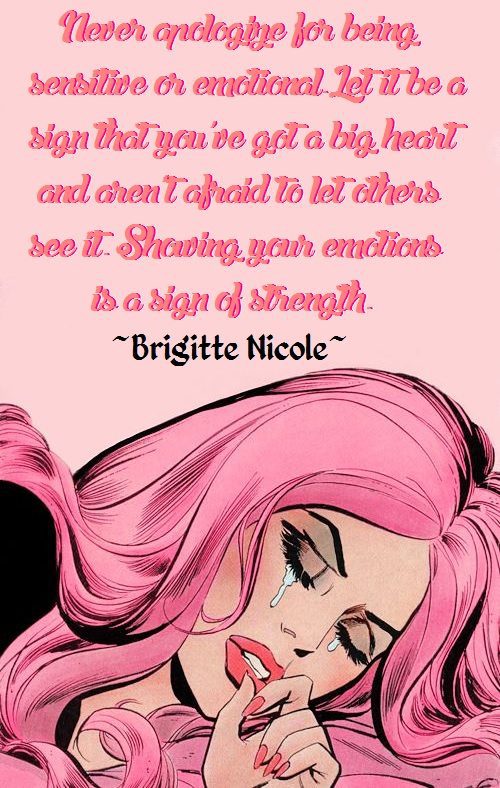 To prevent yourself from feeling guilt for not apologizing, recognize that we all feel guilt when we are unsure of ourselves.  And uncertainty brings about our fears and anxieties.  So we must begin to feel secure in who we are,which includes our flaws and our strengths. 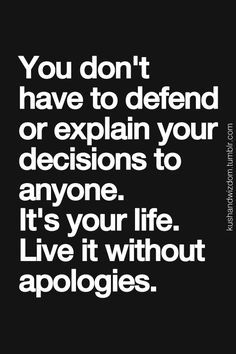 We should choose our battles wisely.  If someone picks on you, remember, it doesn’t reflect your inadequacies, it reflects theirs.  Fight only important battles, battles that have long-term implications. 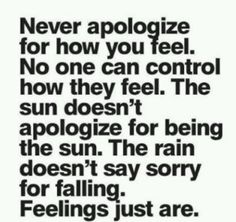 Let go if the consequences involved are inconsequential. 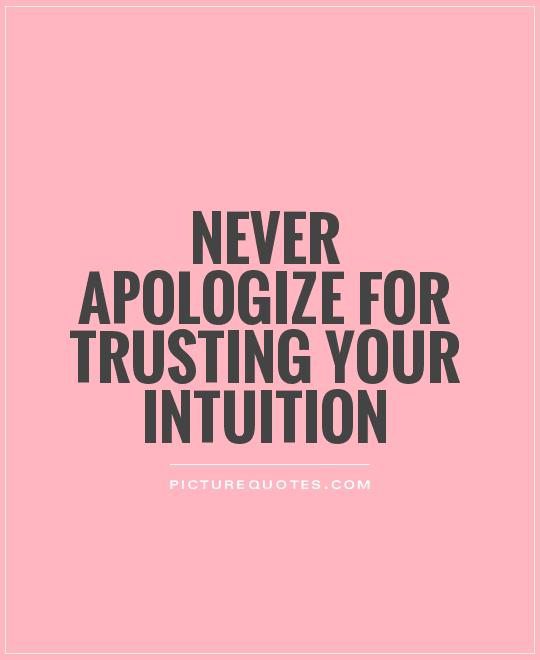 Don’t be on the offensive, don’t mount an attack on someone who pisses you off.  This person who started the attack is not the victim.  Yet, they can turn things around if you fight back, and make themselves appear to be the victim. 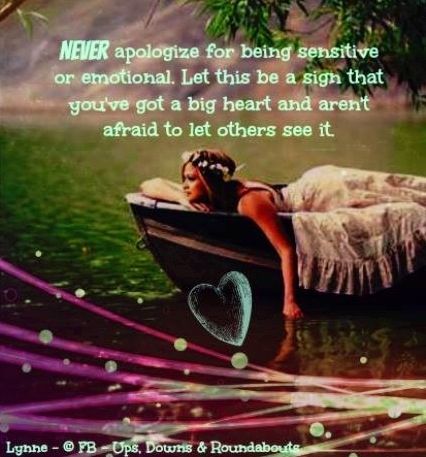 You must remain calm and go about your business and you will be looked upon with respect. Think about this – Does the person you are having conflict with matter to you?  Or, is what the person said to you more important to you than the person?  If the person matters to you, try to find out what is going on with this person that caused this feeling.  Also, if it is infrequent that this occurred, again figure out what is going on in the person’s life.  Maybe they are having a bad day.  Maybe they heard some bad news.  Get to the bottom of why this person is behaving the way they are. 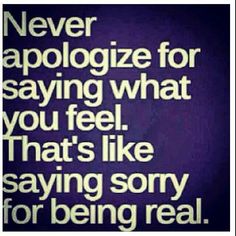 If, on the other hand, conflicts seem to occur frequently with that person…………….FORGET ABOUT THEM! 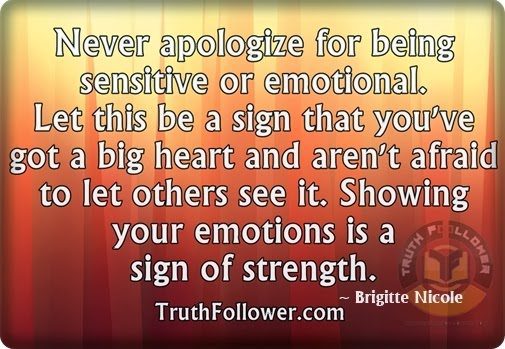 Nobody owes you anything!  You owe nothing to anyone!  Stop apologizing for what you think is right!  Live your life with no regrets!

YOU ARE AWESOME!  Don’t forget it!