We are really fortunate this May because we are experiencing four major Cosmic events in our corner of the sky, which I refer to as a quadruple whammy!  And all I can say is WOW!  First, Mercury took a 71/2 hour leisurely walk in front of the sun, and Jupiter changed directions, and now ,together in the sky,  the newest and the brightest objects  are … Mars and The Moon.  And the red planet is creeping ever so closer to our pale blue dot. 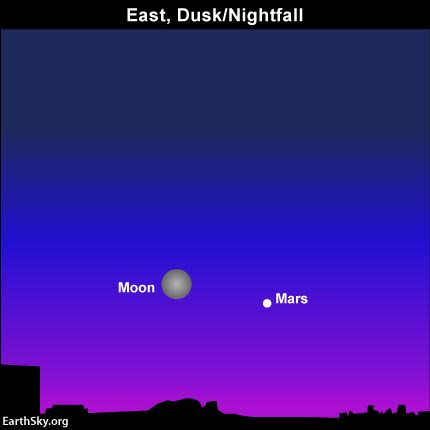 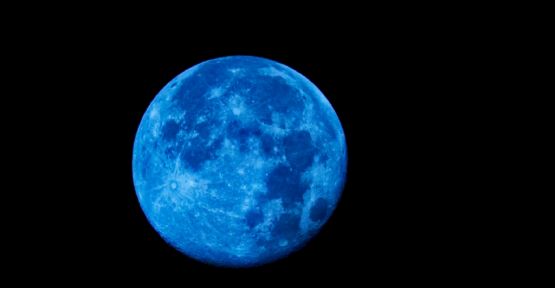 Blue Moon (moon is photographed with a filter, it is not really blue)

For astronomers the definition of a season is the period of time between a solstice and an equinox or visa versa.  And, the May 21st full moon is the third to take place between March 2016’a equinox and June 2016’s solstice. 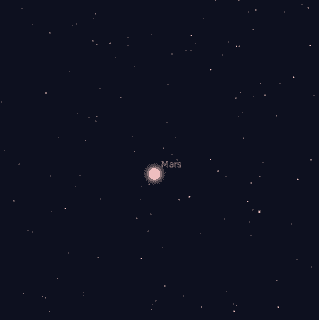 That bright red light near the moon is Mars.  It’s  extreme brightness is a result of Mars’ orbit which  is the closest Mars has been to earth since November 7, 2005.  On May 22, 2016, Earth will pass between Mars and the Sun.  This is called the Opposition of Mars, because Mars is opposite the Sun. 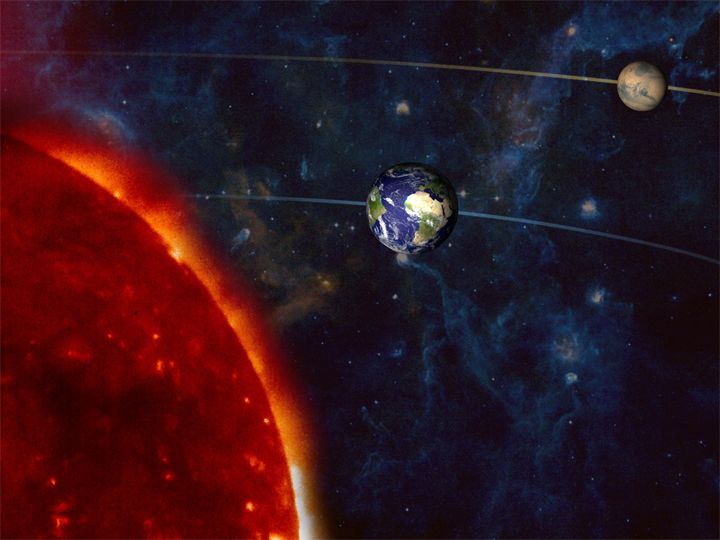 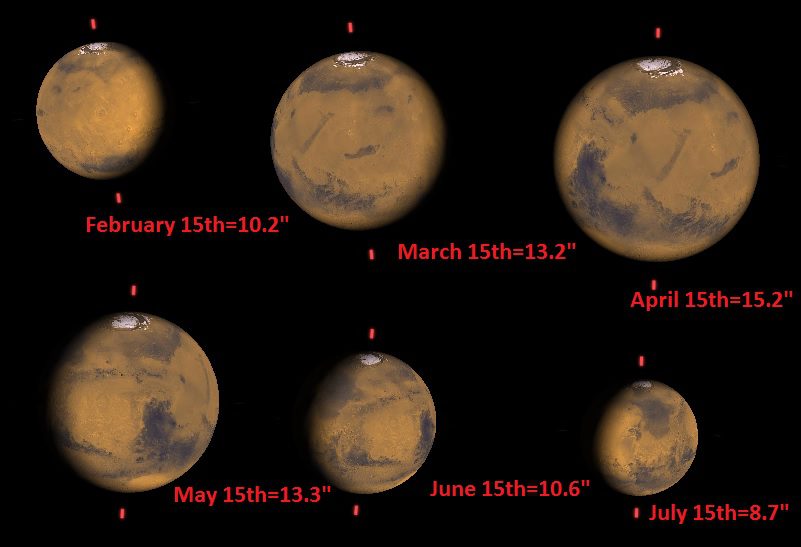 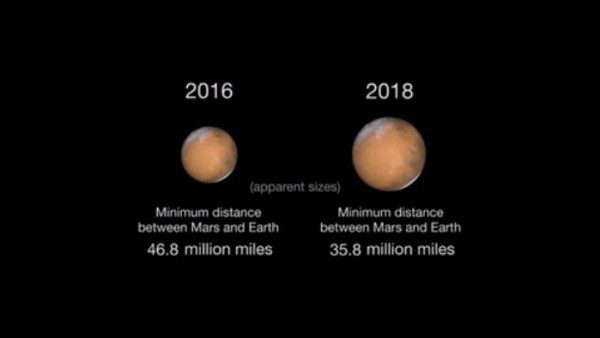 In 2018, the when next Mars opposition occurs, Mars will be even closer to the sun, and therefore, the show Mars will perform in 2018 will even outperform the 2016 opposition.  The angular size of Mars’ disk during perihelic opposition is nearly twice (2x) the size as large and the brightness of Mars is nearly five times (5x) as great than it is at aphelic opposition. 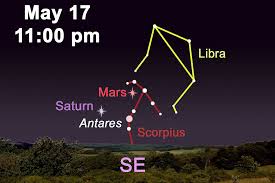 a few days before the opposition 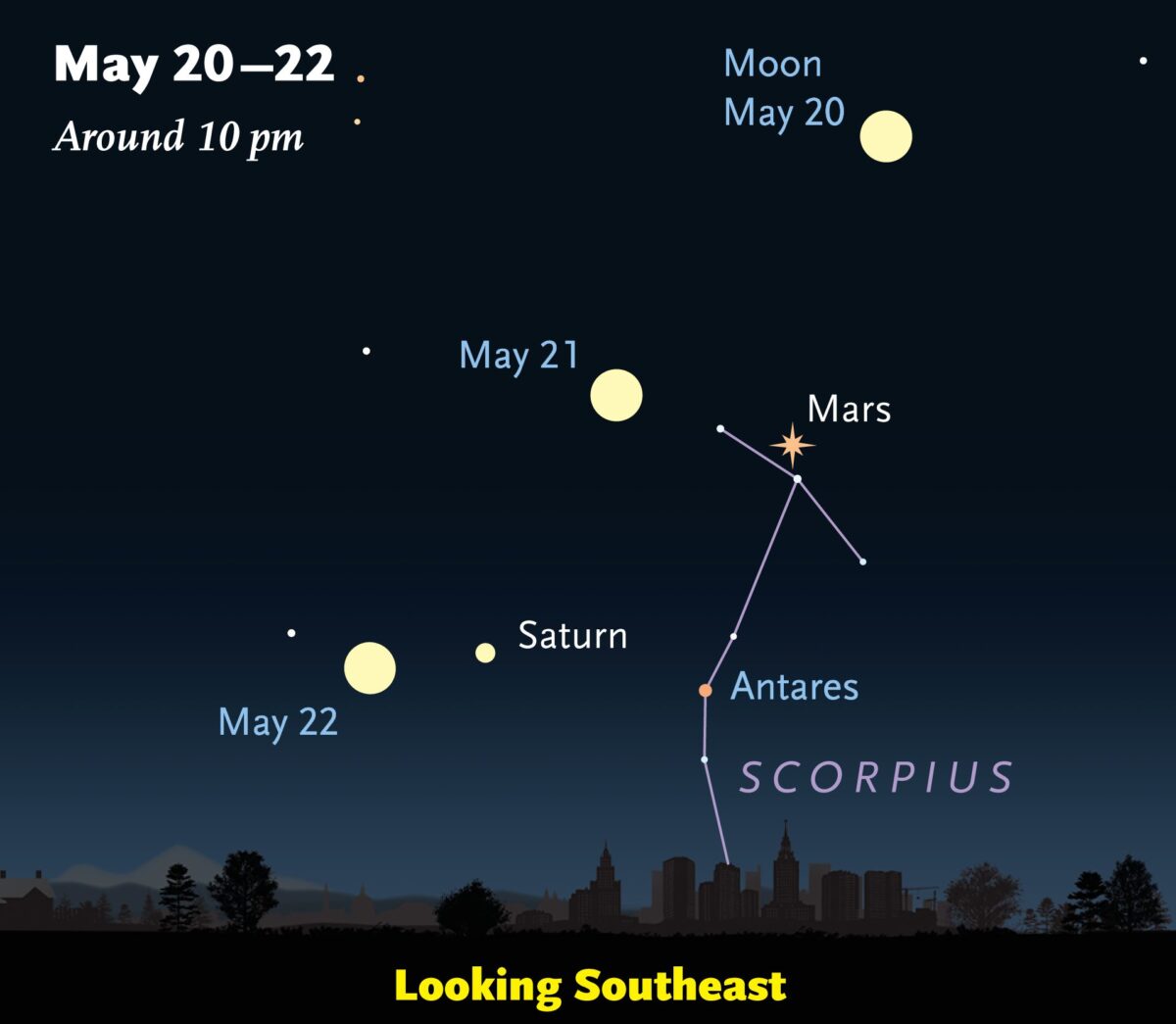 the day before and the day of the opposition of Mars

On Opposition Day, Mars is visible in our sky within a triangle pattern, Mars, Saturn, and Antares marking it’s corners.  In opposition, Mars shines 7x more brightly than Saturn and 17x more brightly than Antares.  And, eight days after the opposition event, the orbits of Earth and Mars will bring the planets another half a million miles closer together, which is the closest they’ve been in 11 years.

I hope you will all go out and look up to see Mars Opposition.  Usually Mars is rather dim in our sky.  This event gives you a chance to see the Red Planet in all it’s glory.  Just look for the brightest object in our sky!  It’s shining bright and of course it is red!

We love visiting with you!

We miss you already!

Please comment on our blog in the comments box below!  And we’d love it if you subscribed (it’s free) to our blog so that you can receive our newest blogs delivered to your in-box!