Astronomy, one of my favorite pastimes, is  important for all of us because it’s science is  major because it is a relevant source that has a significant impact on our  view of the world. Astronomy has played a definitive role creating the roots of  every culture that has lived here on earth.  Throughout history we have always depended upon the sky to learn how to measure time , mark the seasons. told us when to plant our crops, and taught us how to navigate our oceans. 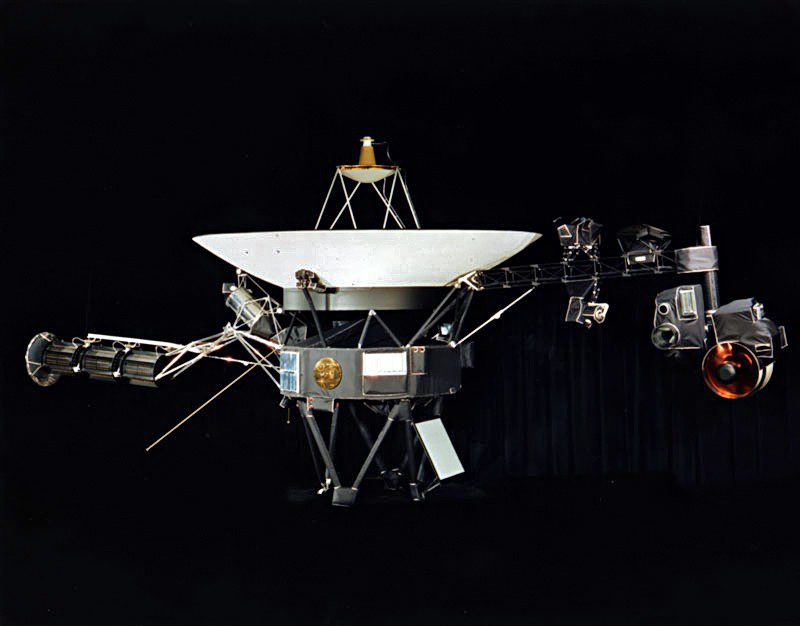 We also look up (to the heavens)  for answers to our “biggest” questions, questions that have been asked and unanswered throughout the history of mankind –  “Where did we come from, and how did we get here?” We are persistent and relentless in our quest to search out the answers to these questions.  This is what makes us human!

On February 14, 1990 something amazing  happened that has had a major impact on our  world view. And maybe it brought us a millimeter closer to answering some of those big questions. 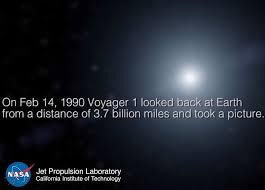 Voyager 1 happened to be 3.7 billion miles from earth when the picture was taken.  It was the first time mankind had seen earth from such a great distance in space.

For the very first time. we learned that our home , earth, was suspended in a sunbeam like a piece of dust. 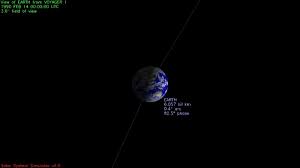 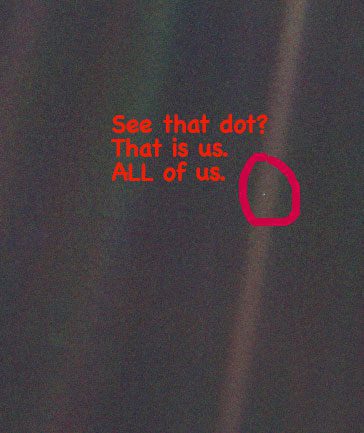 It is one of the most revealing pictures of earth.  It is also an important lesson for all of us, the inhabitants who refer to that pale blue dot as our home.  It gives context to our place in the universe.

The image was named by the famous astronomer, Carl Sagan, who named it “The Pale Blue Dot” 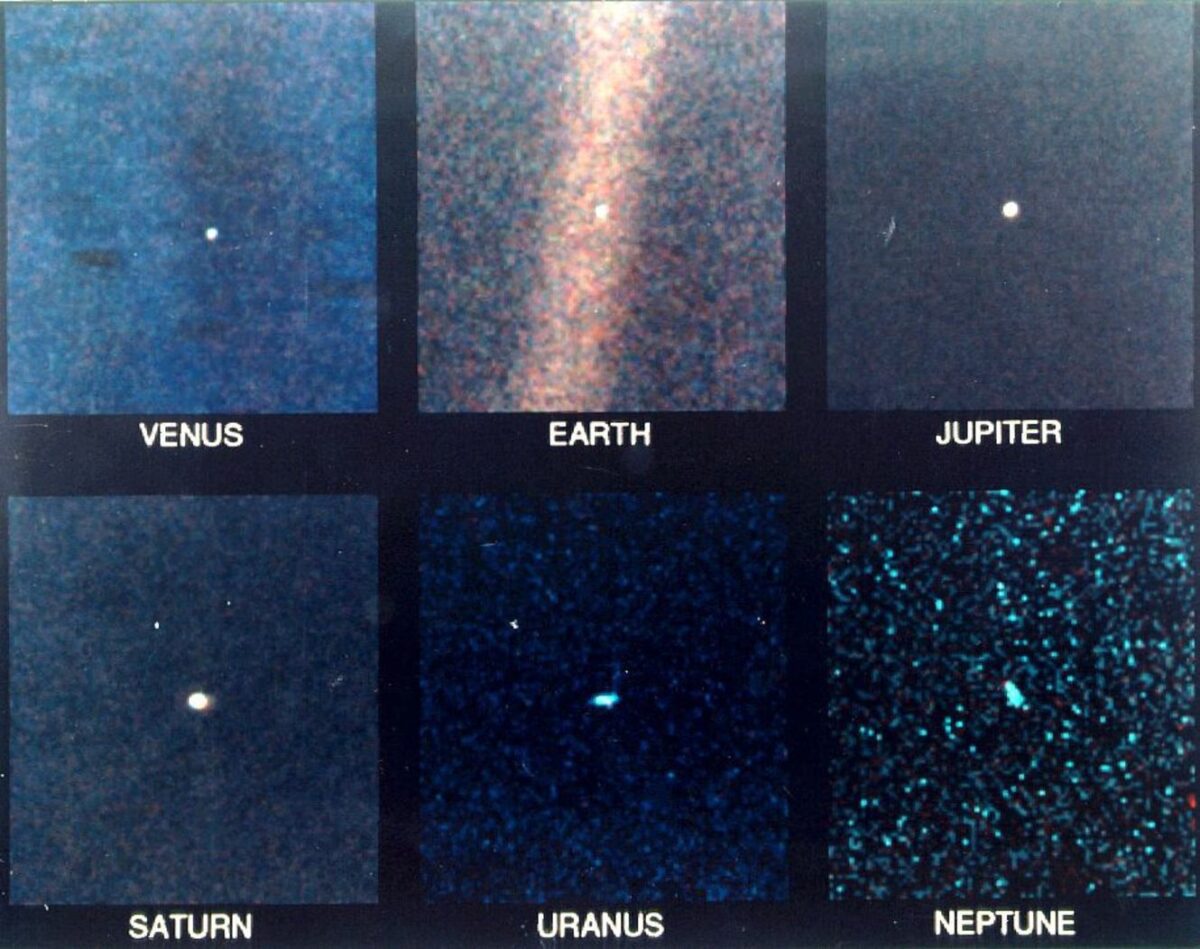 The first ever portrait of our solar system was given to us from Voyager 1. 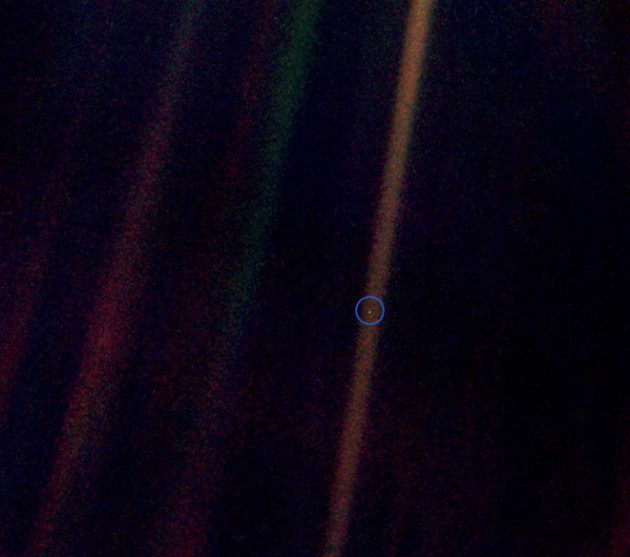 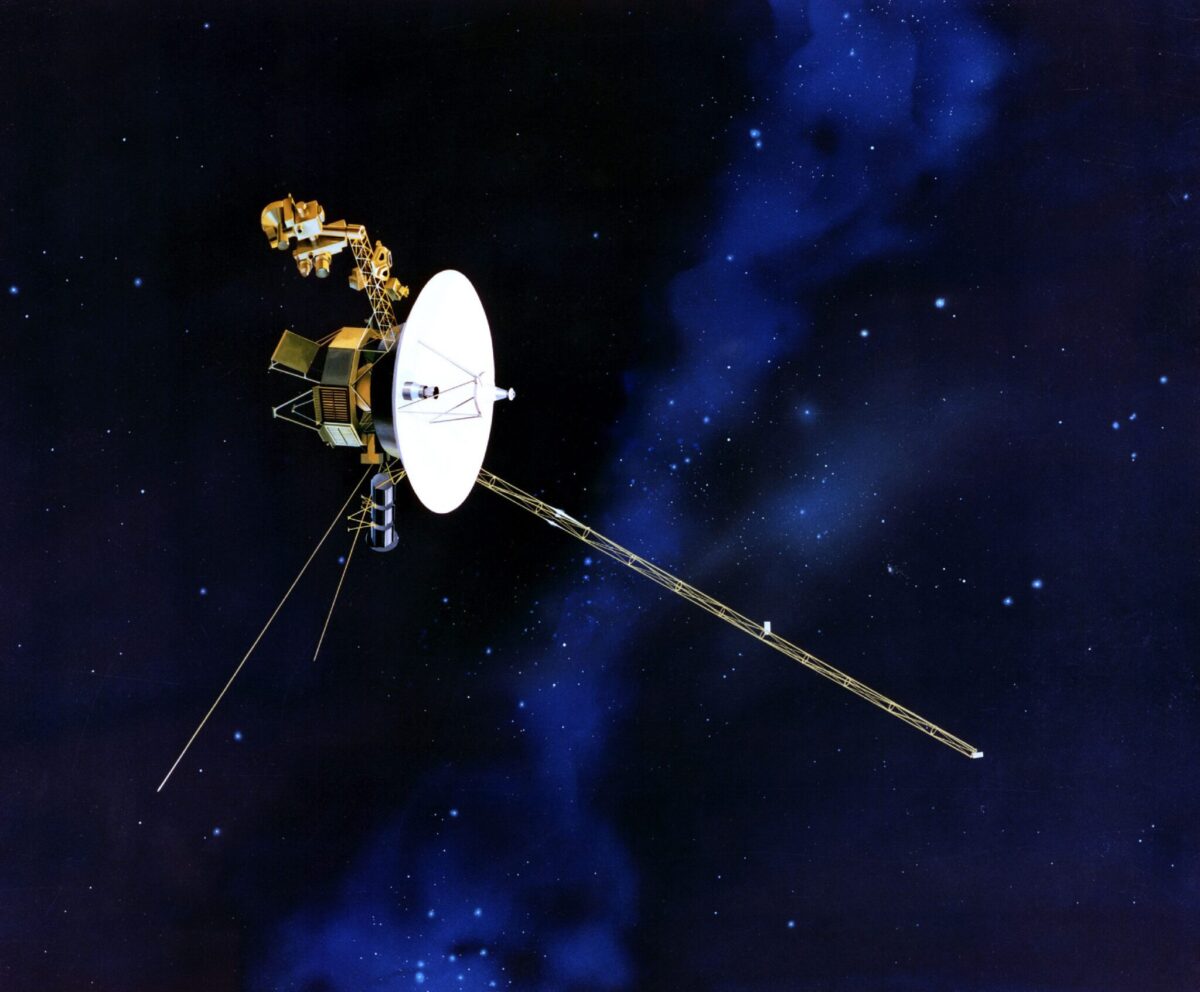 Astronomy is our window to the immense vastness and the complexity of space.

The late, great astronomer, Carl Sagan, puts earth into perspective with his poignant  message to all of us “earthlings” 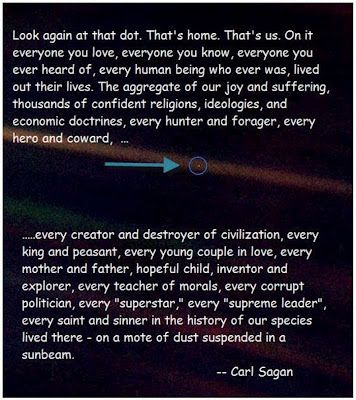 “FROM THIS DISTANT VANTAGE POINT, THE EARTH MIGHT NOT SEEM OF ANY PARTICULAR INTEREST.  BUT FOR US IT’S DIFFERENT.  CONSIDER AGAIN THAT DOT.  THAT’S HERE.  THAT’S HOME.  THAT’S US.  ON IT EVERYONE YOU LOVE, EVERYONE YOU KNOW, EVERYONE YOU HAVE EVER HEARD OF, EVERY HUMAN BEING THAT EVER WAS, LIVED OUT THEIR LIVES. THE AGGREGATE OF OUR JOY AND SUFFERING, THOUSANDS OF CONFIDANT RELIGIONS, IDEOLOGIES, AND ECONOMIC DOCTRINES, EVERY HUNTER AND FORAGER, EVERY HERO AND COWARD, EVERY CREATOR AND DESTROYER OF CIVILIZATION, EVERY KING AND PEASANT, EVERY YOUNG COUPLE IN LOVE, EVERY MOTHER AND FATHER AND HOPEFUL CHILD, INVENTOR, EXPLORER, EVERY TEACHER OF MORALS, EVERY CORRUPT POLITICIAN, EVERY “SUPERSTAR”, EVERY  “SUPREME LEADER”, EVERY SAINT AND SINNER IN THE HISTORY OF OUR SPECIES LIVED THERE – ON A MOTE OF DUST SUSPENDED IN A SUNBEAM.” 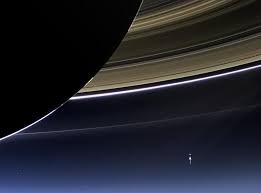 photo from Cassini in 2013 (Cassini is still investigating Saturn and it’s many moons!) 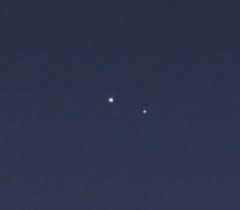 Life as we know it is on the Pale Blue DOT! 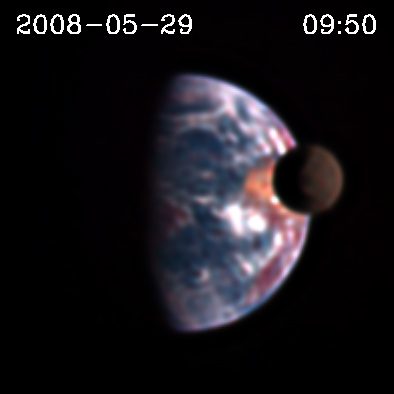 The photo, Pale Blue Dot, always has fascinated me -so much so that I even have a painting of the pale blue dot hanging over my fire place in my living room.  I am in   awe of it, it is inspiring, and so meaningful that  I still  get chills every time I read Pale Blue Dot by Carl Sagan. He was so brilliant!

I always get upset when I mention Pale Blue Dot and nobody knows what I am talking about, so I thought it would be an interesting,  meaningful WHATEVER…..what I Like about…..Pale Blue Dot and Astronomy!  More to come in the future because I really just love the whole astronomy thing!

Sookie
Previous Post Tuesday’s Tip : Don’t Apply Your Blush The Way You Were Taught ! Next Post What Kind of Makeup Person are You? Are You a Diva in Training? Part 2