A lot has been happening  in our skies this week, especially on Monday May 9, 2016.  In the early morning, Mercury began a leisurely stroll across the sun, and that same evening, Jupiter stood still for a moment, and then changed his direction.  What’s an Earthling to do?  How about, sit back and enjoy the amazing show our solar system performs for us  in our first row center seats!

It’s not very often that we get to see the silhouette of a planet take walk across our sun.  But on Monday, Mercury decided to do just that, and he took a leisurely 7.5 hour stroll that began at sunrise here on the east coast.  Mercury’s shadow appeared as a small black dot. 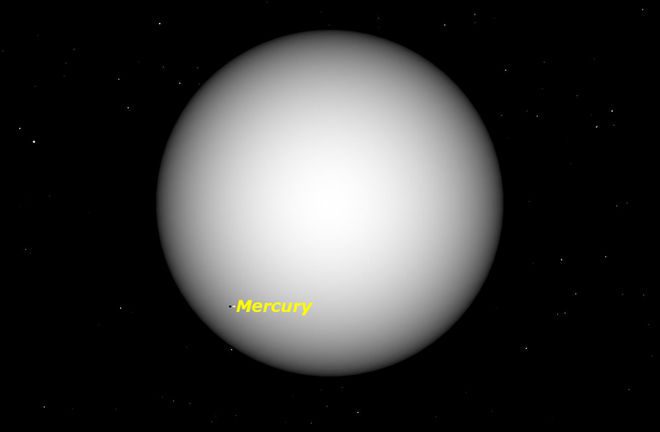 Of course we could not look up and watch the transit without the proper eye gear because the sun could really do some major damage to the eyes if we stared at it!  People were able to watch the transit  if  they were lucky enough to have a telescope outfitted with the correct sun filters,   Or we could watch the transit online from one of the simulcasts from the major observatories. 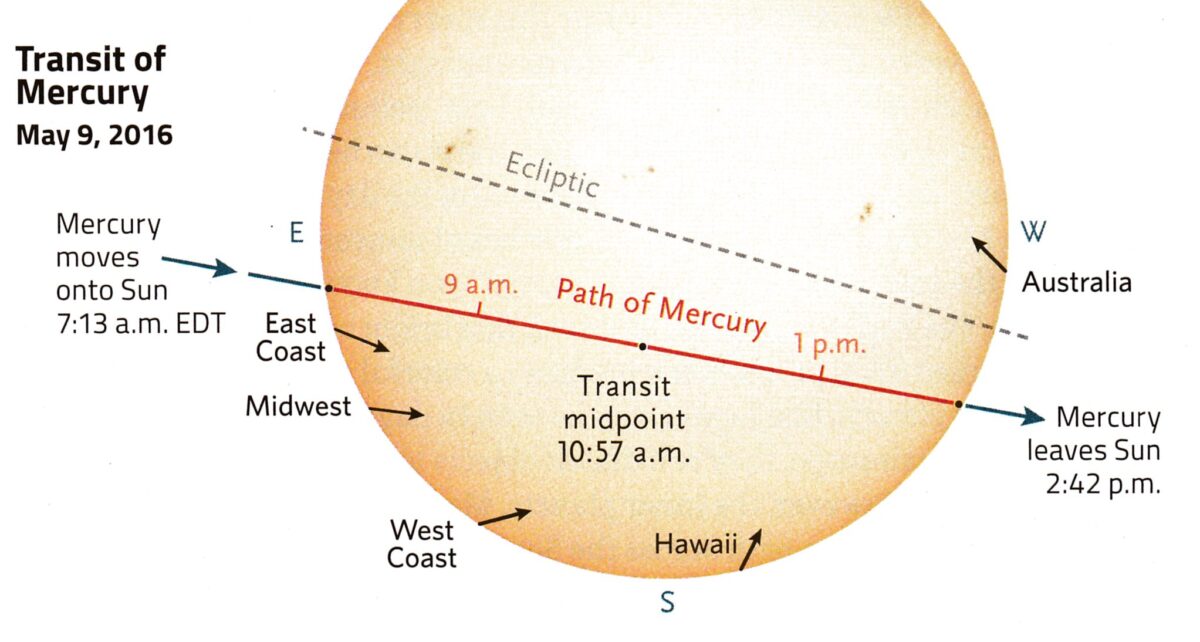 Sylvie and I watched the live telecast from the Griffith Conservatory telescope in Los Angeles. 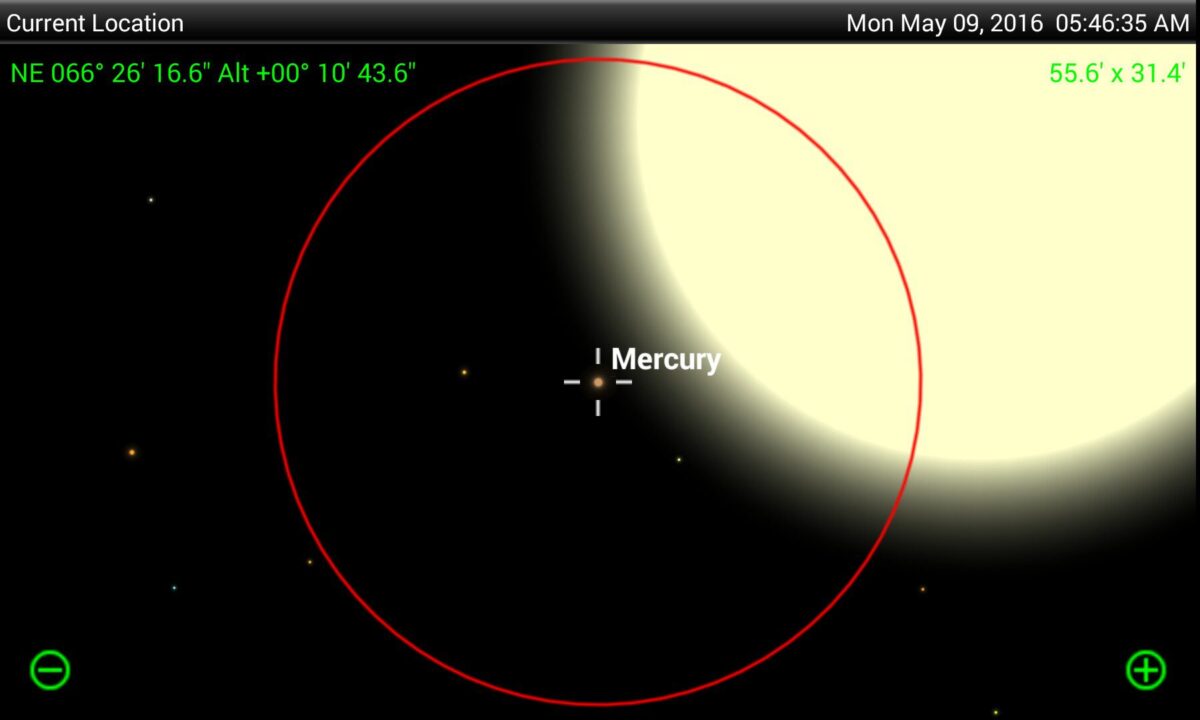 The transit of Mercury only occurs during the months of May or November, and will only perform the transit 14 times during this century.  The next Mercury Transit will occur this November 2016, and after that not again until November of 2019. 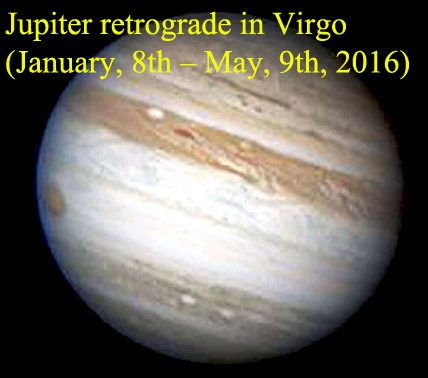 Jupiter outshines all the stars in the sky in May

Jupiter outshines Mercury’s small, dark meandering shadow on the evening of May 9, 2016.  He is definitely the king of the sky  He appears to stand still for a moment. 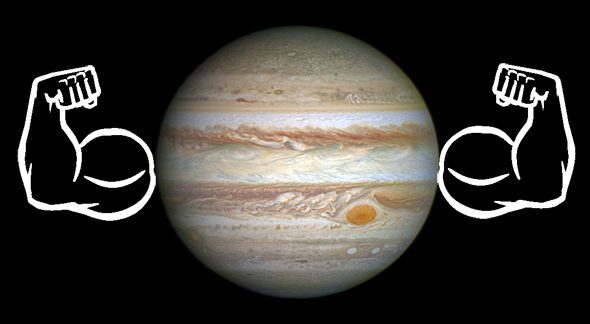 Jupiter is the mightiest object in the May 9th sky

And then it appears, to us that he changes his direction!  Let me back up for a minute!  On January 8, 2016 , while all of the other heavenly bodies appear to rise in the eastern horizon, and set in the western horizon, Jupiter went into Retrograde mode.  When a planet is in Retrograde, it appears to move in the direction opposite of the direct motion of the other members of the solar system as we are viewing it from Earth. 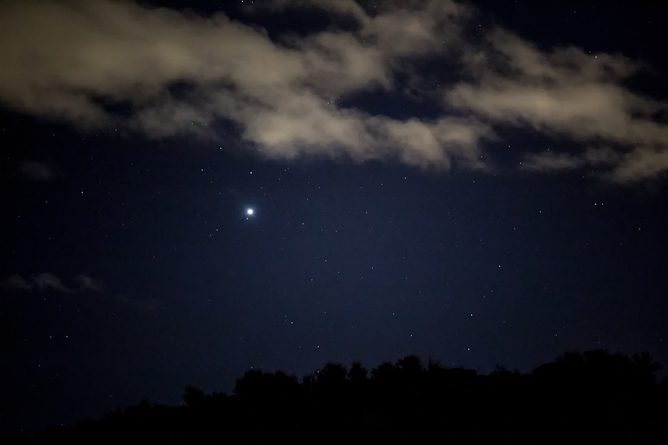 The key word when we are talking about Retrograde is appears.  The planet, in this case Jupiter, appears to reverse direction.  However, a planet doesn’t really change his motion.  The planet’s orbit moves in the same direction as he always moves, yet he appears to move backwards, in the direction opposite to that of the other bodies within the system.  It’s all an illusion. 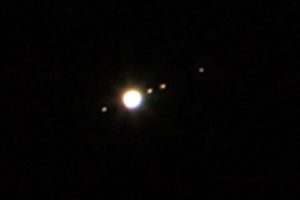 Jupiter and his four major moons.

The illusion occurs because of the way our earth is moving.  The Earth’s orbit is much faster than Jupiter’s orbit, and the Earth moves  between the planet (in this case, Jupiter) and the sun. Because all of this occurs  against the seemingly still starscape, here on Earth,  Jupiter appears to be moving backwards.  And it’s nothing but an illusion.  And on the night of  May 9, 2016 , for a few moments it appeared as if Jupiter stood still, and then it appeared that Jupiter switched gears and began moving forward in tune with the rest of our solar system! The Retrograde that began on January 8, ended on May 9.

And all became “right” with the world!

Sookie and Sylvie (we watched for 7.5 hours together! And we played with our makeup!) Whew, what a day!!!

Sookie
Previous Post Tuesday’s Tip – Apple Cider Vinegar Is Not Just For Salad Dressing – It Has Many Surprisingly Amazing Uses! Next Post The Future Mac Collection : Mineralize Skin Finish In “Other Earthly”

Hi Halyna!
I am so happy you enjoyed reading about Monday’s exciting events! I also think it is so interesting to learn about what goes on in our Solar System and in our Universe.