Lately, there has been a lot of new multi-chrome, tri-chrome, and duo-chrome liquid eyeshadows. The reason I wanted to try the Becca Shadow was it wasn’t a multi-chrome, tri-chrome, or duochrome liquid eyeshadow!  Instead, the Light Gleam Liquid Eyeshadow, two different shadows,  two different formulas, are in one dual-ended applicator.  One side of the applicator is a creamy, prime eyeshadow.  On the other side of the applicator is a topper shadow.  In fact, it is like getting three shadow in one applicator.  First, you can wear the primer by itself.  Next, you can wear the topper by itself.  Above all, you can wear the primer, as your eye primer.  Then, wear the topper shade over the primer.  In this way, you’ll have a whole new shade! 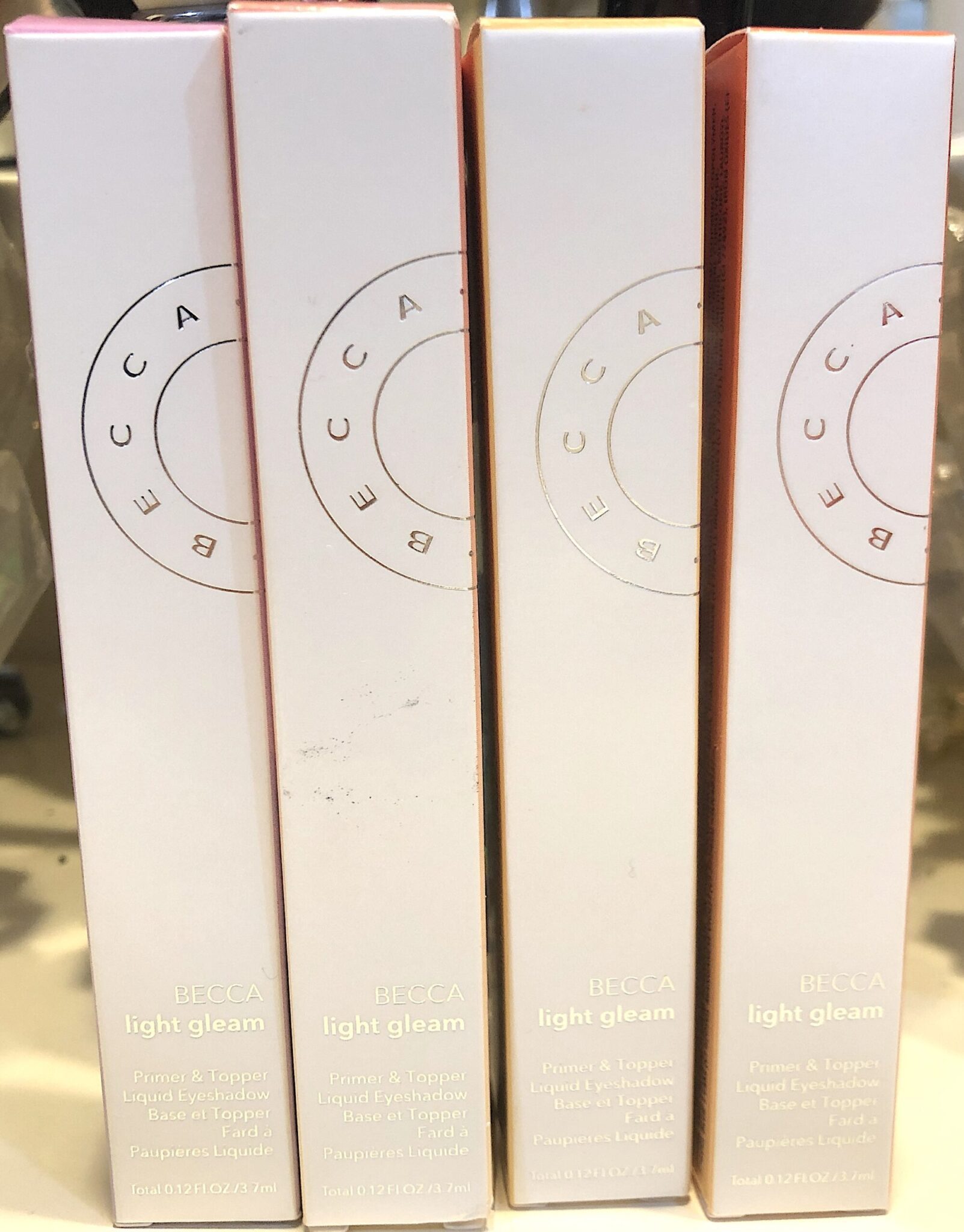 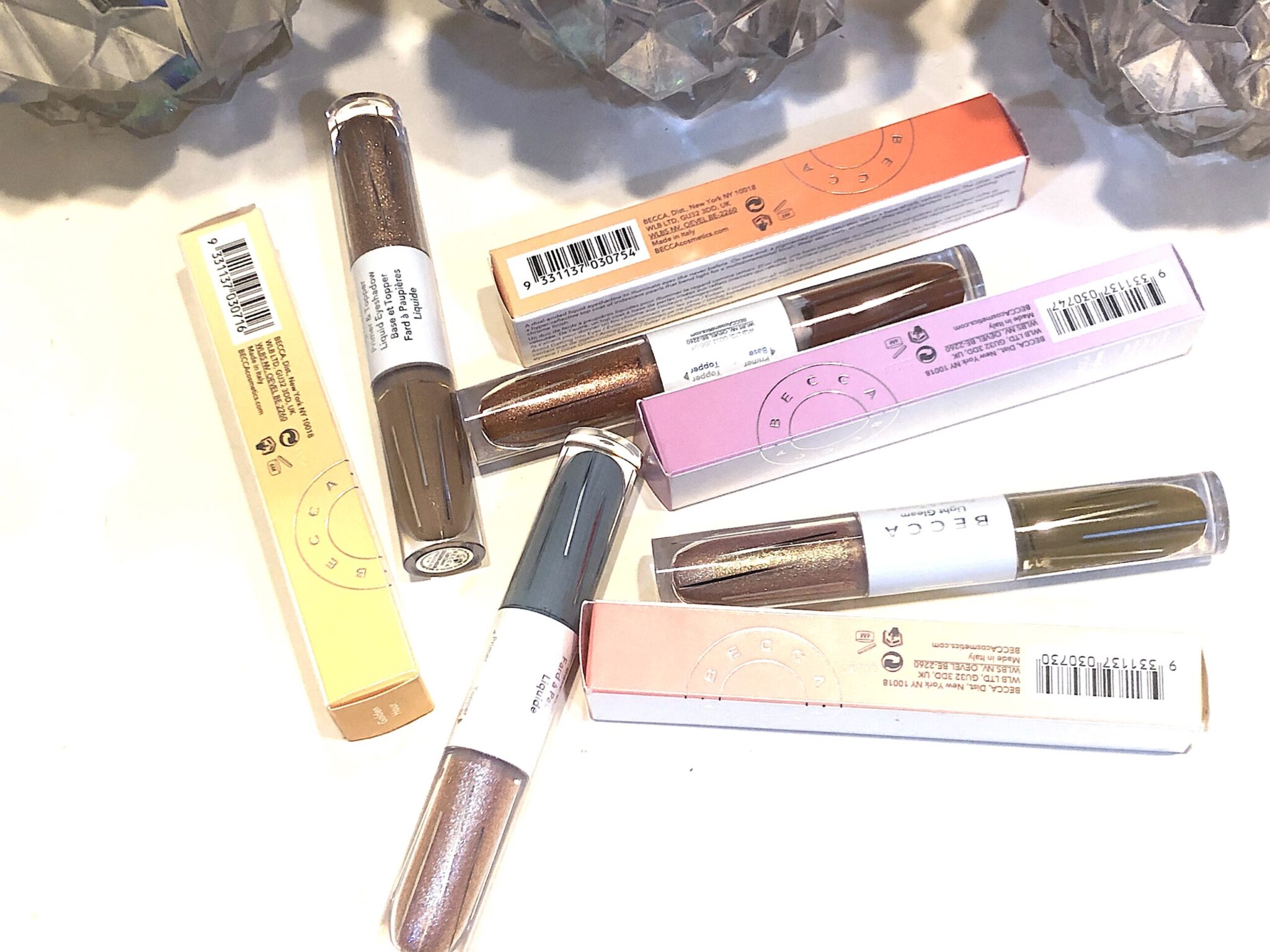 To begin with, the Light Gleam packaging is sleek and modern. First, the two formulas are packaged in a dual-ended tube made with clear plastic. Therefore, you can see through to the actual shades.  Also,the shades are enveloped in what looks like a lipstick tube. As a result, the shades appear to look like lipsticks. 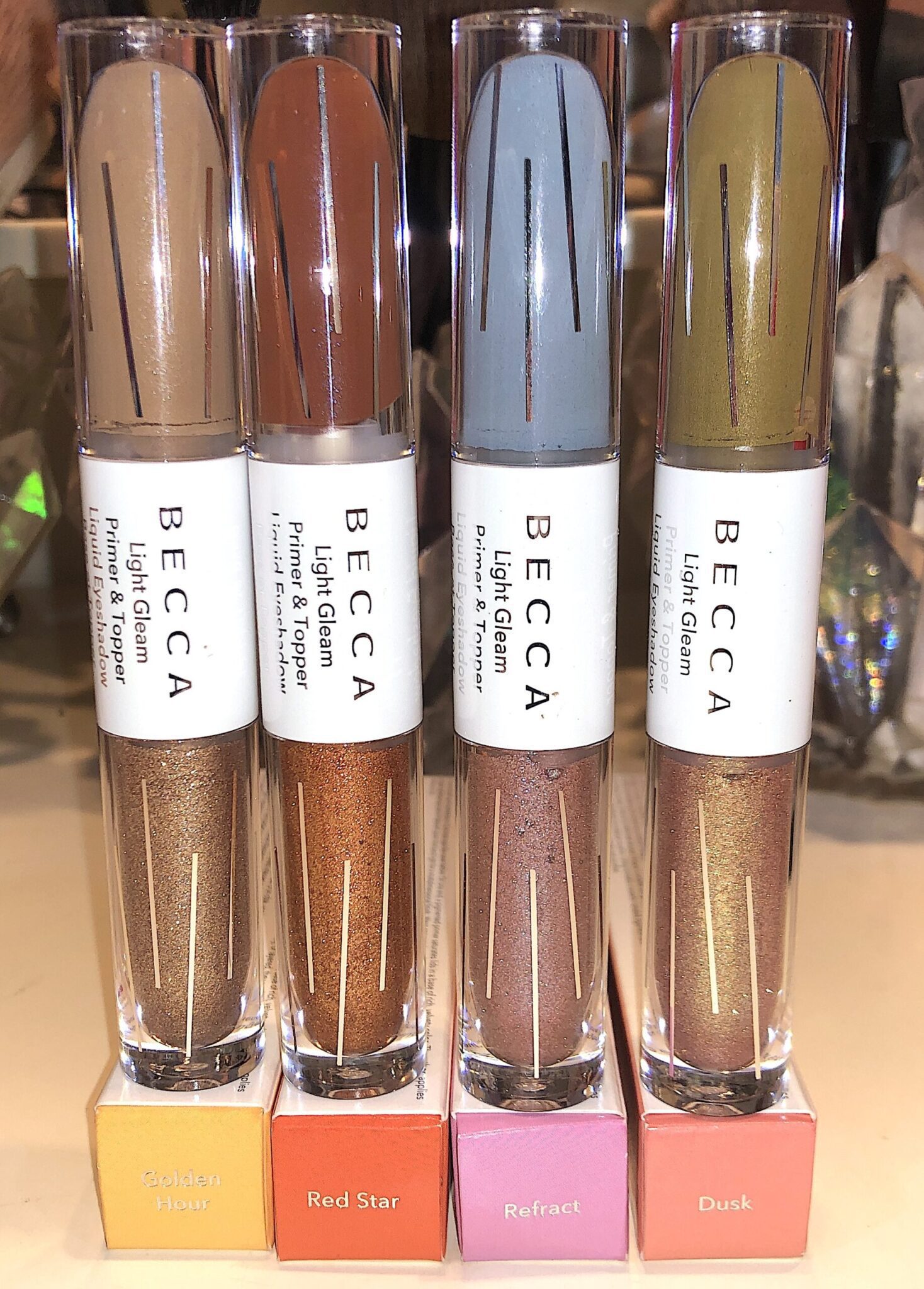 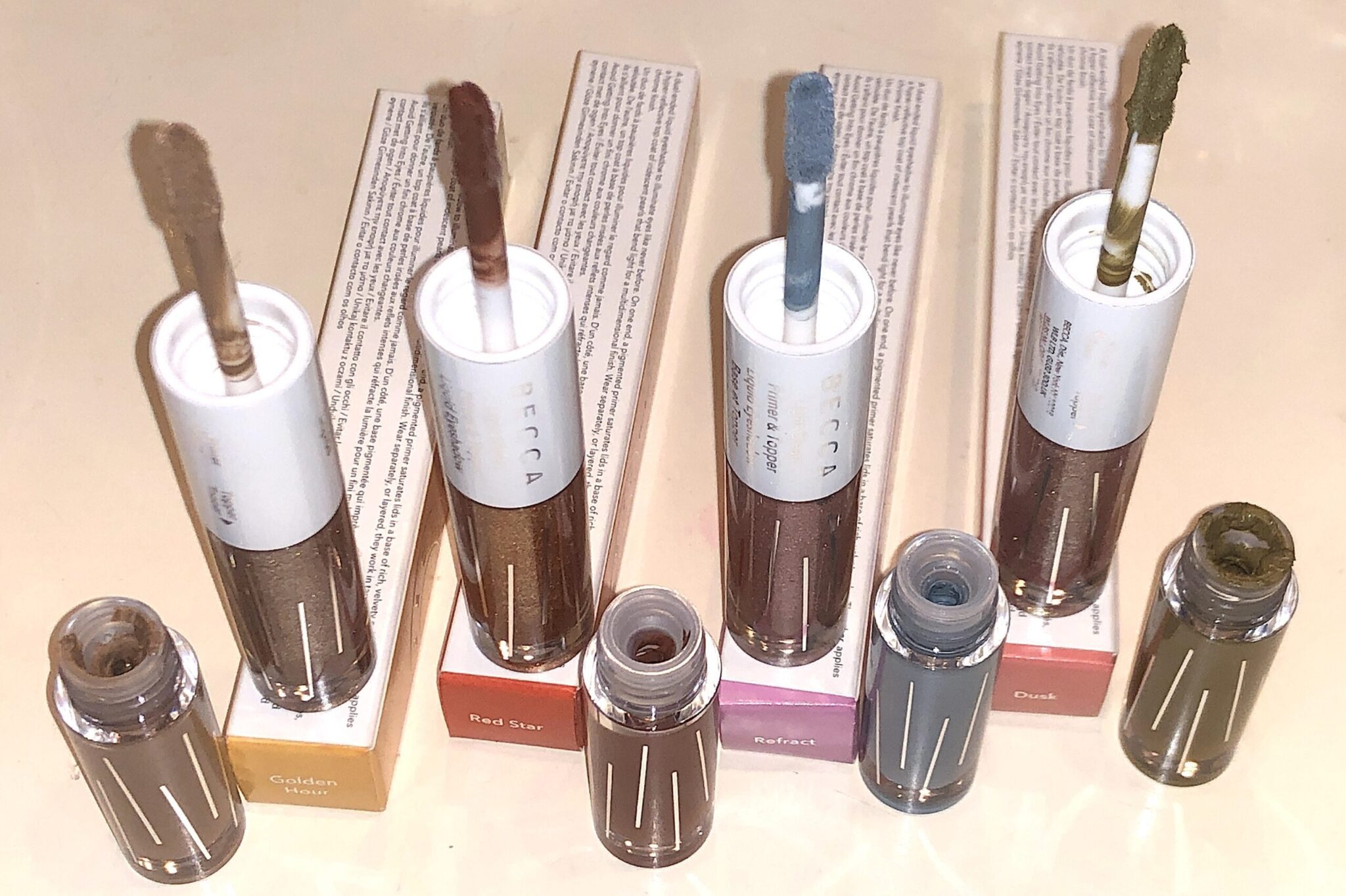 Then, the white barrel becomes the lid for the applicator.  This occurs on either side of the barrel. 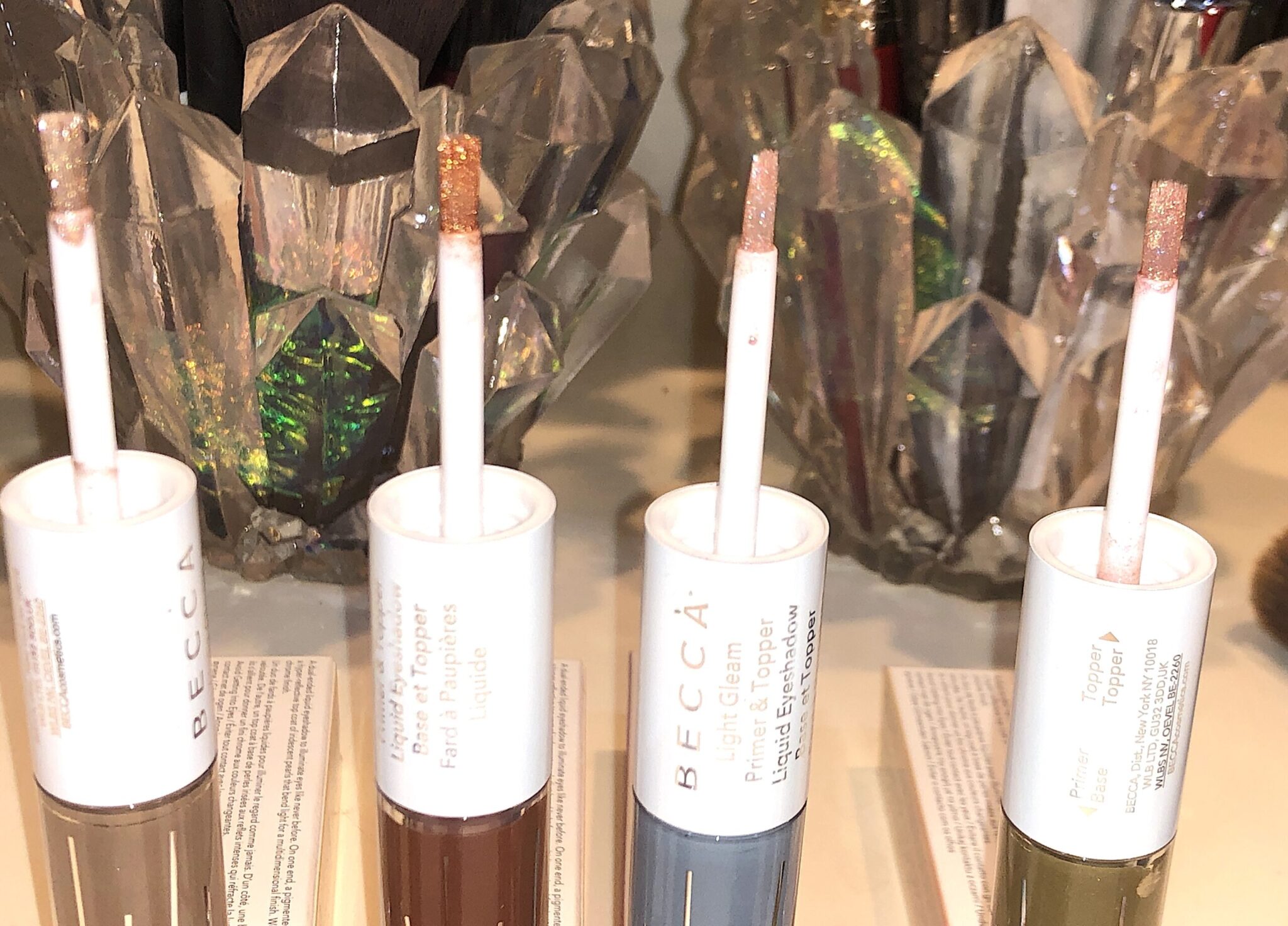 Hence, the center barrel, when unscrewed, becomes a dual-ended applicator. 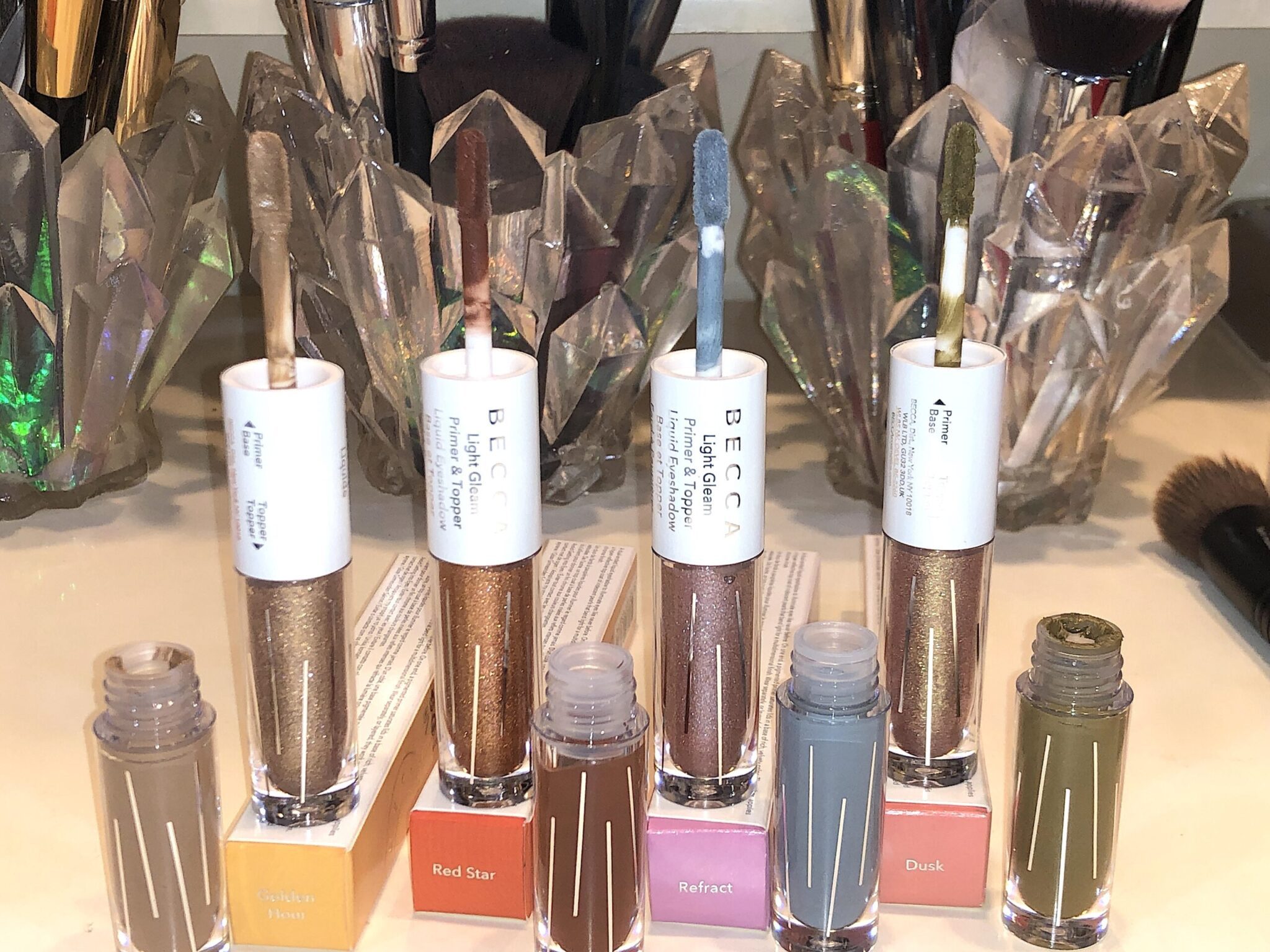 The doe-foot applicator is for applying the primer. On the other side, the applicator for the topper shade is a thin precision brush. 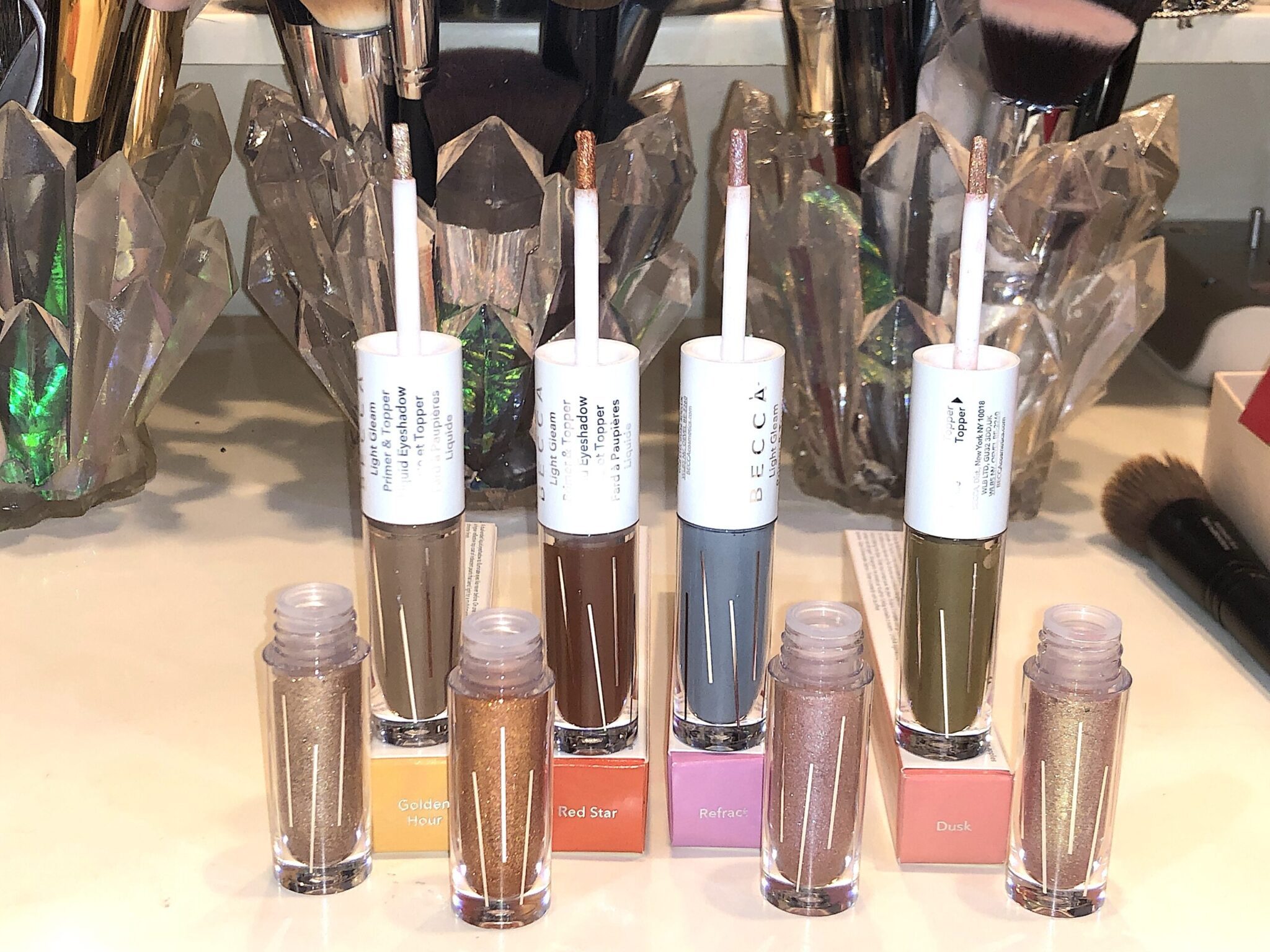 As a result, it makes the most sense to use one side at a time.

First, the prime formula is more cream than liquid. Also, the formula is a long-wearing, pigmented primer.  It doesn’t crease. Even more, worn alone, the primer preps the lid with rich color and a satin finish. Above all, the formula is ophthalmologist tested, and cruelty free.

Next, the topper has a liquid formula.  Also, the formula includes hyper-reflective kaleidoscope pearls. In addition, worn alone, the high-shine formula is long-wearing. Although, when worn alone, there is no base color.  Instead, the sparkle is in a clear liquid base. Worn over the primer formula, the Topper Formula creates a multi-dimensional, color-shifting chrome effect.

The Shades of The Light Gleam Liquid Eyeshadow 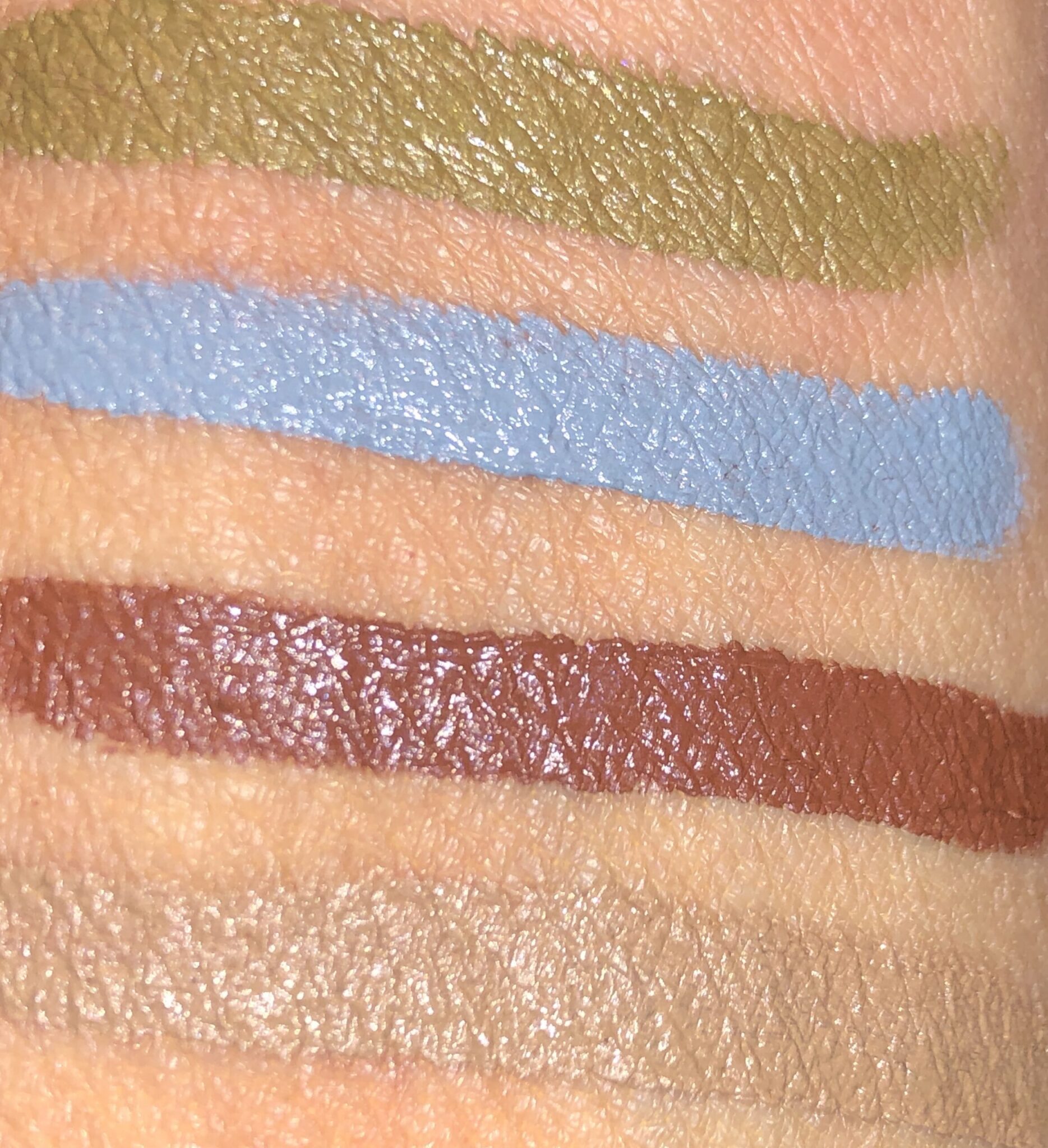 To begin with, the Light Gleam Eyeshadow comes in six colorways.  I purchased four colors: Golden Hour; Red Star; Refract; and Dusk. The two I didn’t purchase are Lunar, a dusty rose primer, and a pink shimmer topper; and Laser, a deep plum primer, and a violet shimmer topper. 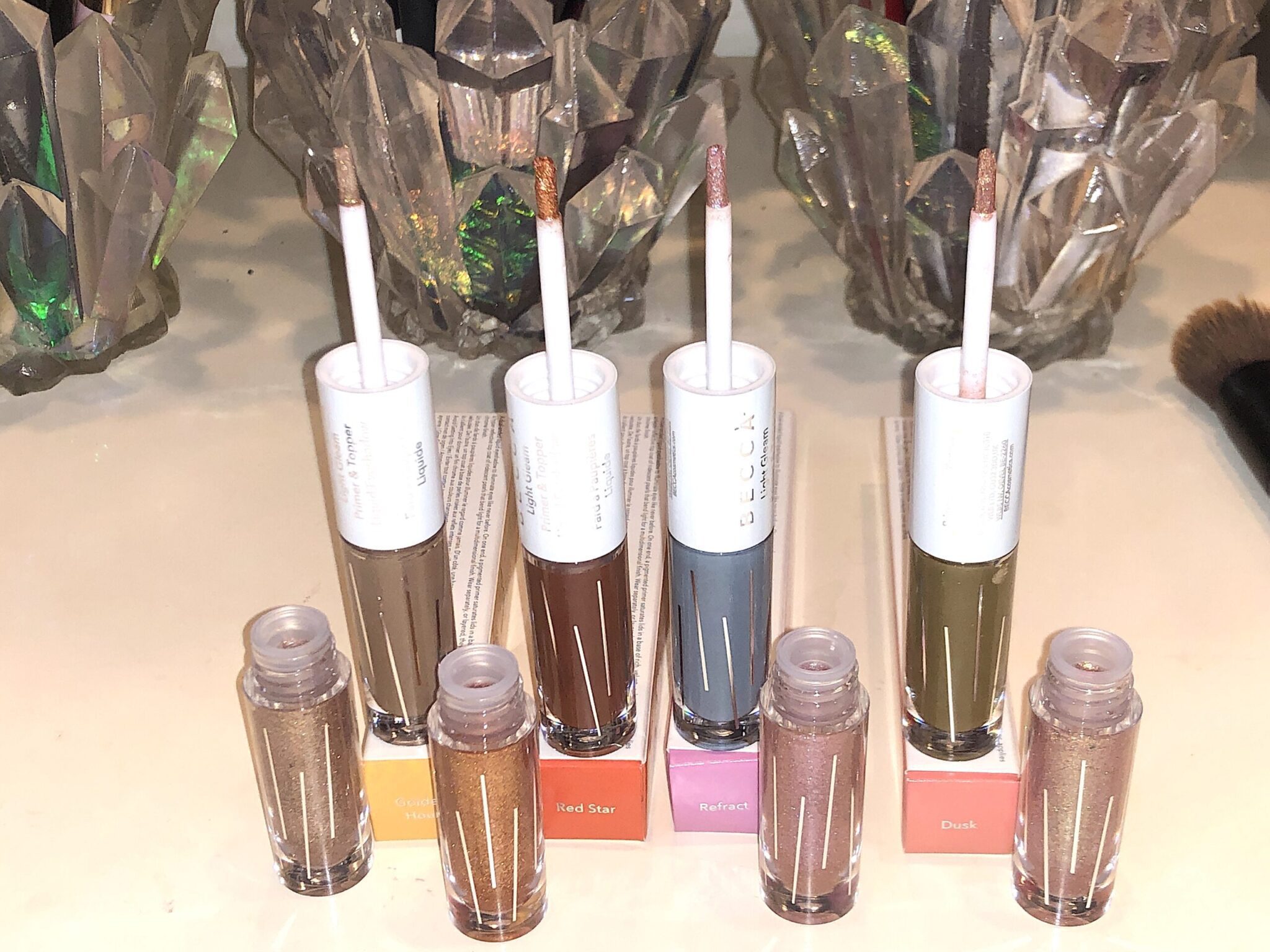 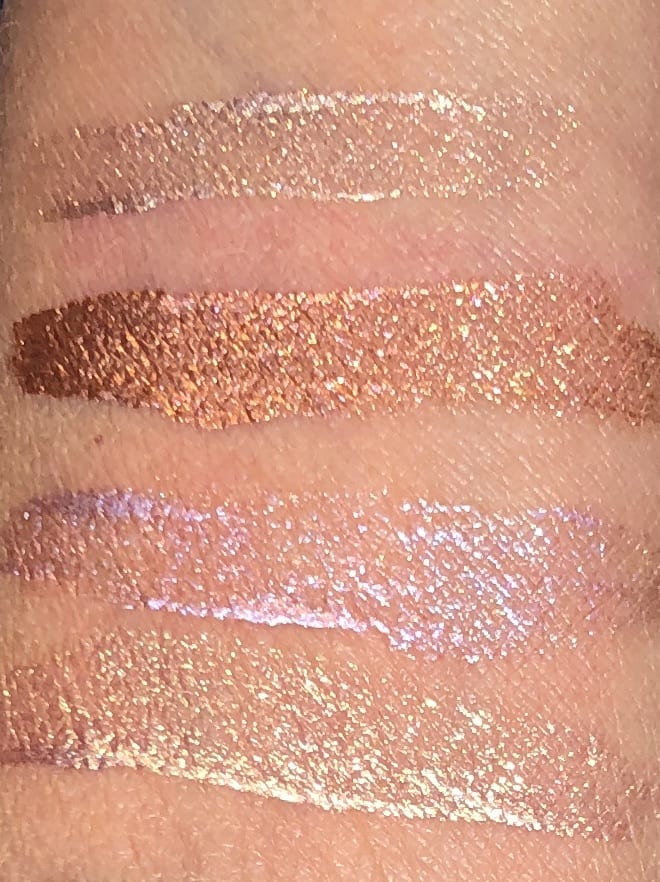 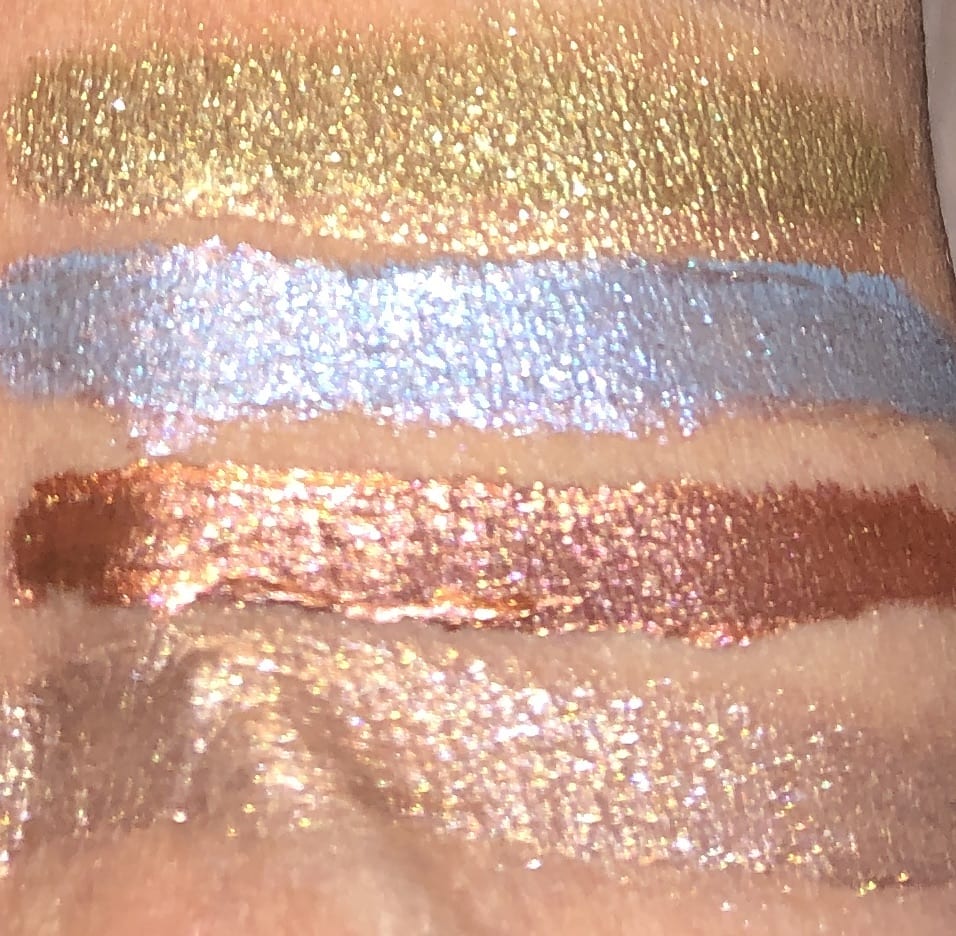 You can wear each shade, primer, or topper, separately.  Or, you can layer the topper over the primer, for a crease-proof, color-shifting,chrome effect.  Even more, the shade will last all day!

My Final Thoughts on the Becca Light Gleam Liquid Eyeshadow…..

First, I think this is a great eyeshadow to travel with. One, the packaging makes it so easy to throw in your handbag, or suitcase.  Two, you are taking one applicator, that will give you three, long lasting looks. Three, if you take two shades, you will have six looks to choose from.  Even more, Becca suggests that you should mix one shade with another shade. Then, you’ll have even more ways to wear these shades.  Plus, the shades are long-lasting. 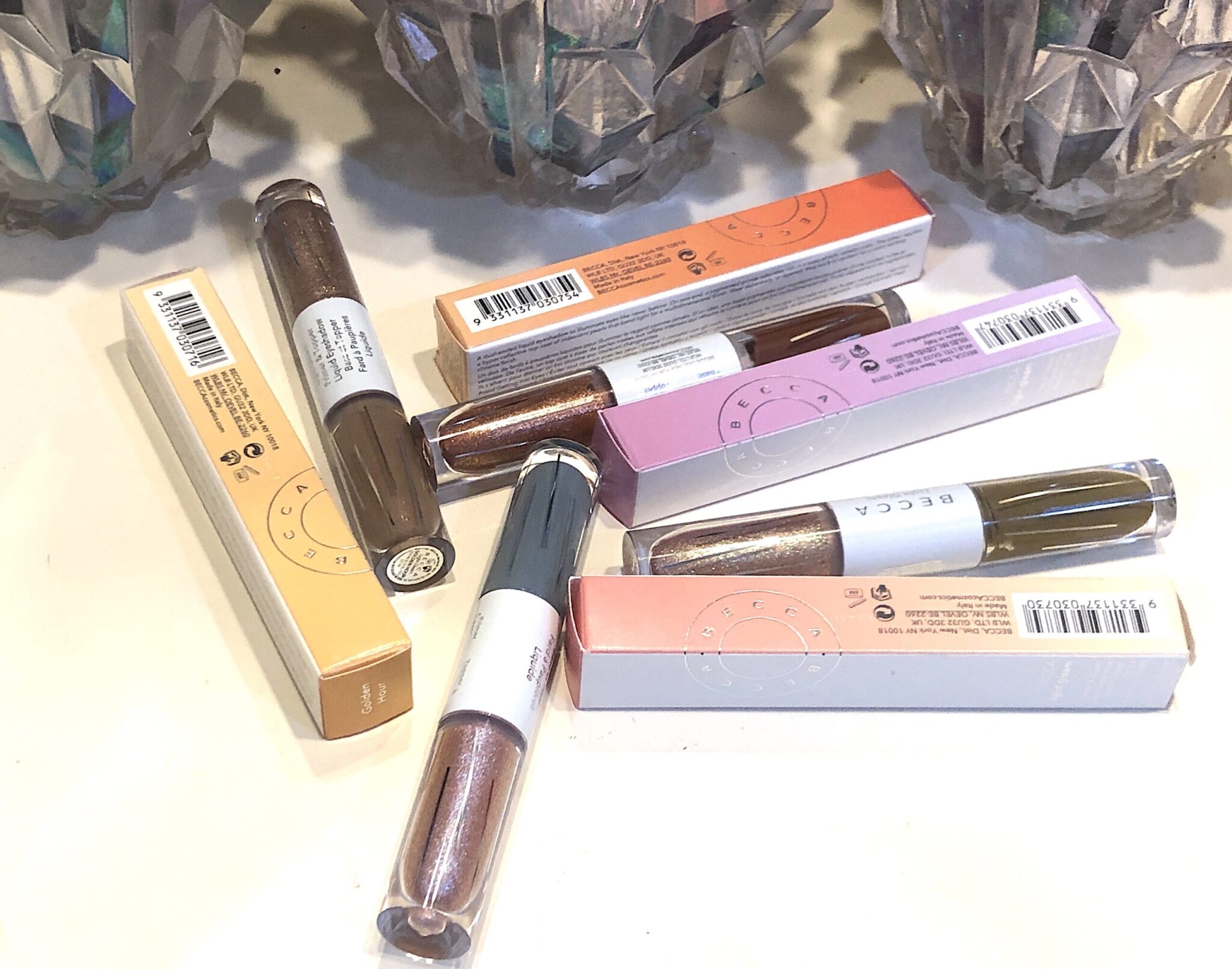 What do you think about the Gleam Liquid Eyeshadow? I would love you to leave a comment in the comment section below.