Hi everyone! It’s me, Sylvie.  My mommy invited a special friend to come play with me today.  It was a big surprise for all of us!  It wasn’t a dog, or a cat, or a bird, it was a green iguana and his name is Mohinder.  We had such a good time with him. He was so friendly and He was really handsome! 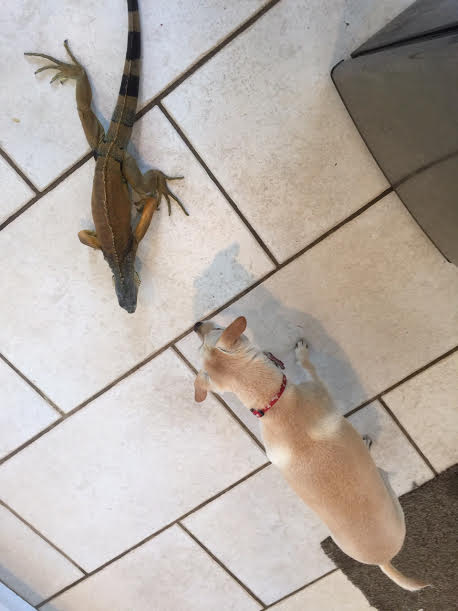 I was the first one to see him. We both looked at each other for a while. 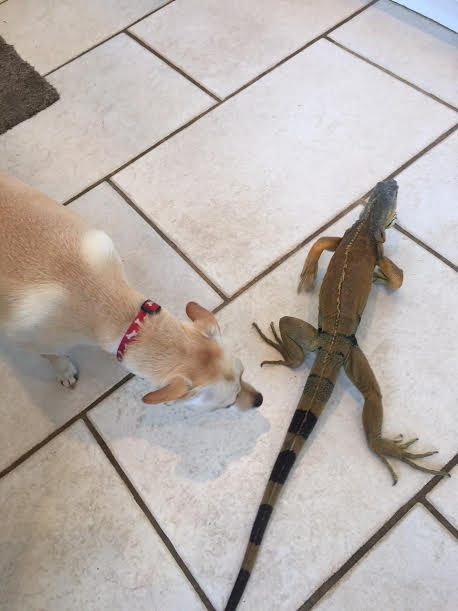 I think Mohinder wanted me to play follow the leader. He wanted to be the leader. I let him because he was the guest.

He had the most interesting tail.  It had lots of stripes in it.  His tail was almost as big as me!  He walked really slowly.  I wanted to help push him along! 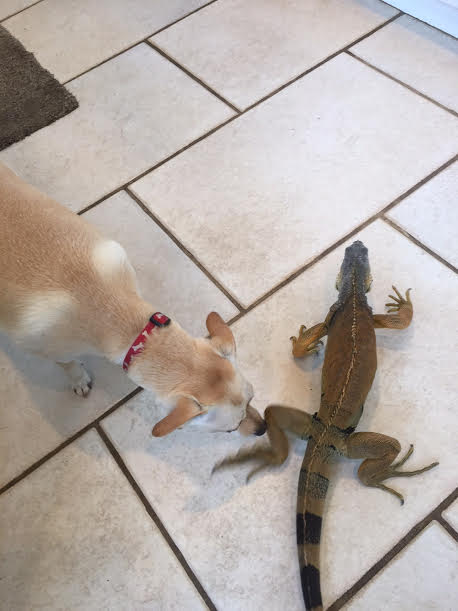 I just wanted to feel his bumpy skin with my nose.  It felt like our sofa, only it had lots of bumps!

Mohinder told me he was thirsty.  He also wanted to get wet. Iguanas like to be in water. I don’t ! I took him to the powder room and he climbed into the sink.  He really liked the sink, especially when the water was on. He got wet and splashed around.  He loves to take a bath!I don’t! 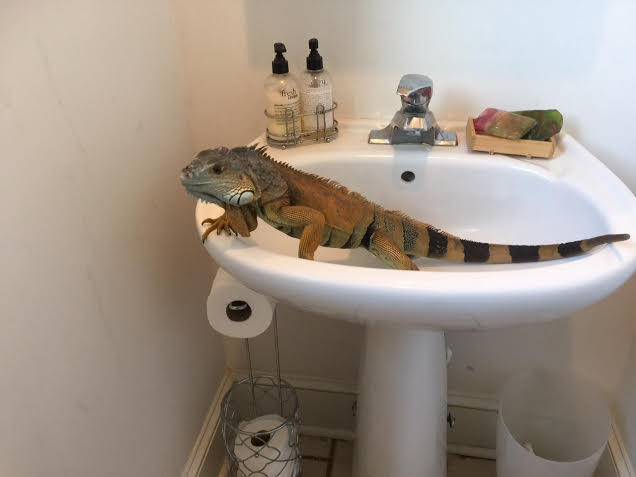 Mohinder hanging out  in the sink! 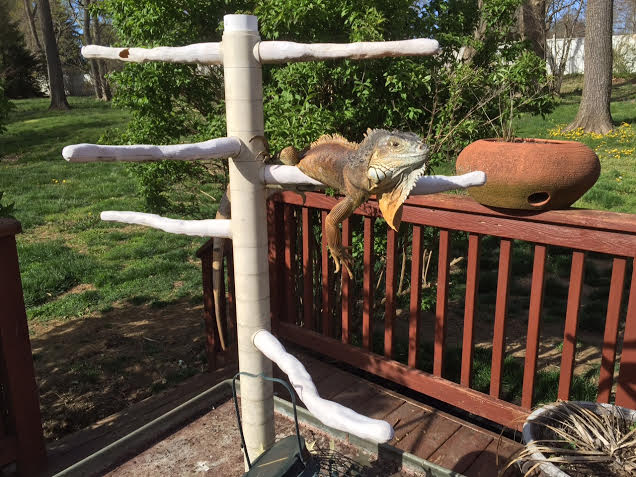 Then Mohinder went to dry off on my parrot Roxanna’s play stand. 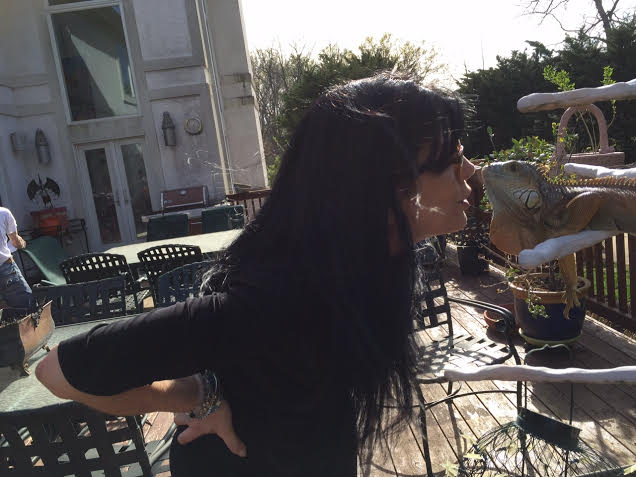 Mommy came out and Mohinder gave her a big kiss, and he licked her with his tongue. 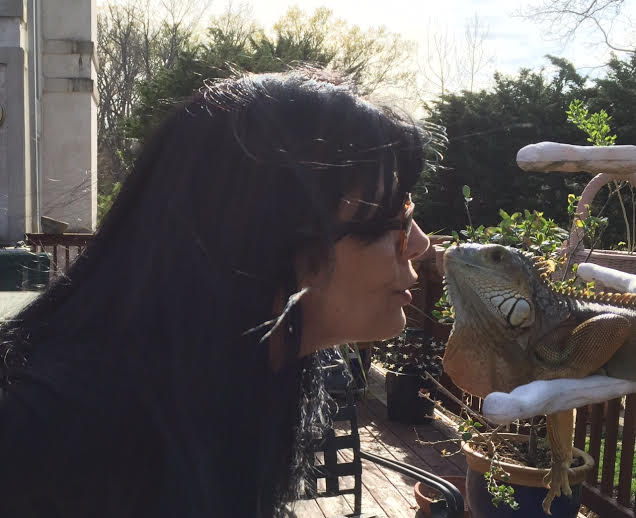 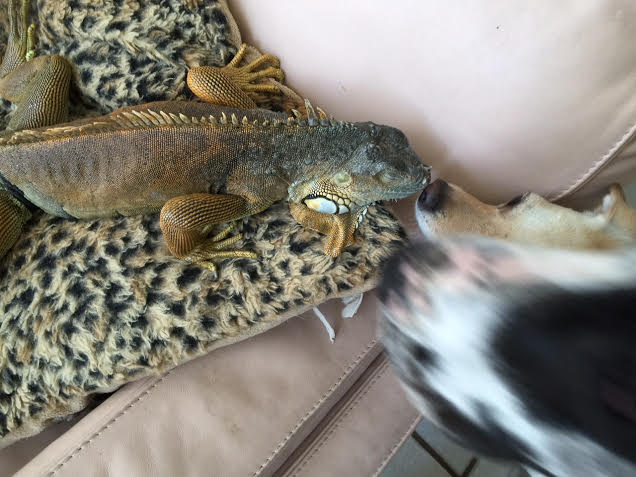 Then he came in and gave me a big licking kiss! 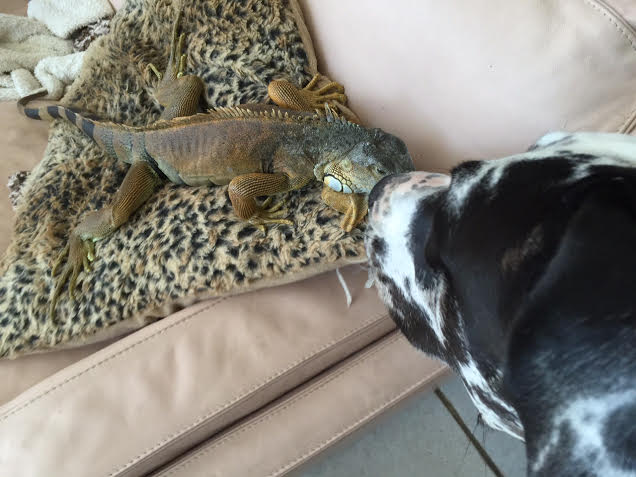 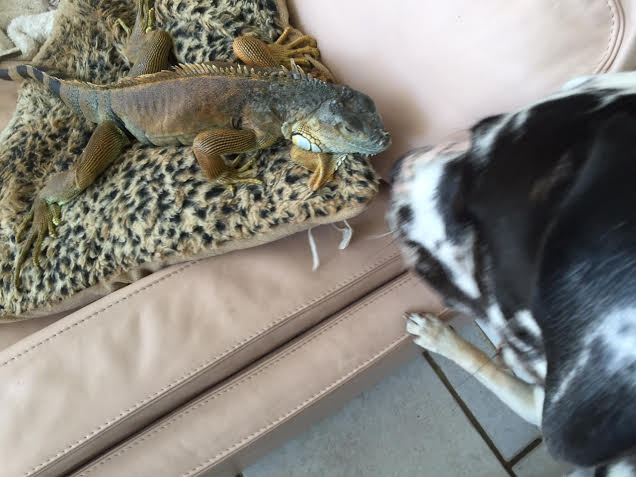 Mohinder loved kissing us both! 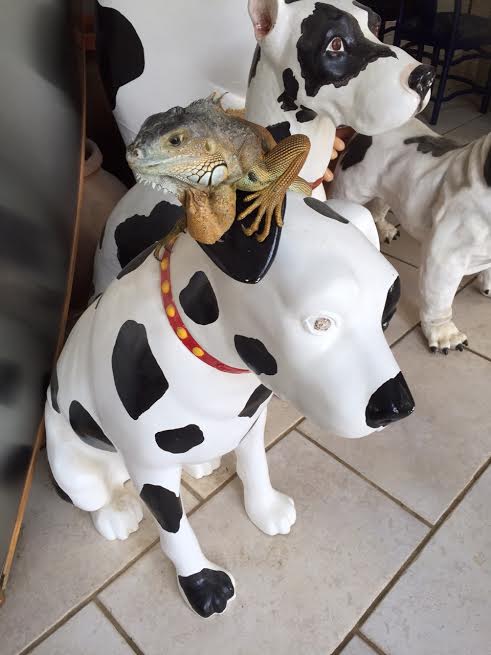 He got on the bulldog statue’s head! 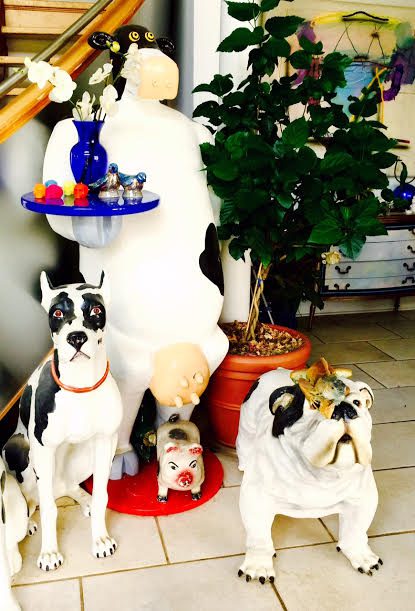 Mohinder liked it so much at my house he tried to become a part of the statues so he wouldn’t have to go home!

I hope YOU and Mohinder come back to visit me real soon.  I had so much fun with both of you.

Oh my..ha ha ha that’s all that is missing Les!

You are so right Carla! Mommy and I fell in love with Mohinder! We really wanted him to live with us, but he has his own family who love him very much! We were sad when he left!

Thanks for following Sylvie’s escapades. You never know what goes on at our house!

Thank you Iryna for visiting with us! Happy Easter to You!